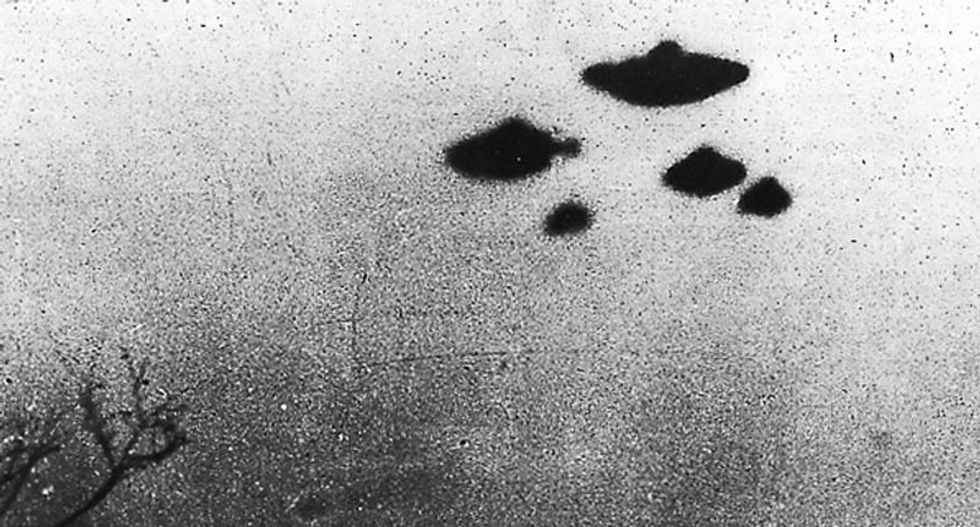 Prior to the relaunch of Fox's supernatural and conspiracy series The X Files, the normally secretive Central Intelligence Agency became less publicity shy, releasing documents and photos detailing their own top secret investigations into UFO sightings.

On their blog, --  yes, the CIA has a blog --  the agency invited the world to "take a peek into our X Files," providing photos and links to documents dating back to the early 50's.

"We’ve decided to highlight a few documents both skeptics and believers will find interesting. Below you will find five documents we think X-Files character Agent Fox Mulder would love to use to try and persuade others of the existence of extraterrestrial activity," the post reads. "We also pulled five documents we think his skeptical partner, Agent Dana Scully, could use to prove there is a scientific explanation for UFO sightings."

For Mulder, there are reports of UFO sighting over England, Spain, and the Belgian Congo.

The more skeptical Agent Scully is given more detailed memorandums describing the investigations, including memoranda from Project Bluebook  given to then CIA Director Walter Bedell Smith that eventually led to the establishment of the Robertson Panel.

The Roberston Panel concluded that 90 percent of sighting could be attributed to meteorological conditions and recommended creating an "an integrated program designed to reassure the public of the total lack of evidence of Inimical forces behind the phenomenon, to train personnel to recognize and reject false indications quickly and effectively, and to strengthen regular channels for the evaluation of and prompt reaction to true indications of hostile measures."

The CIA later tweeted tips for reporting UFO's to the agency: