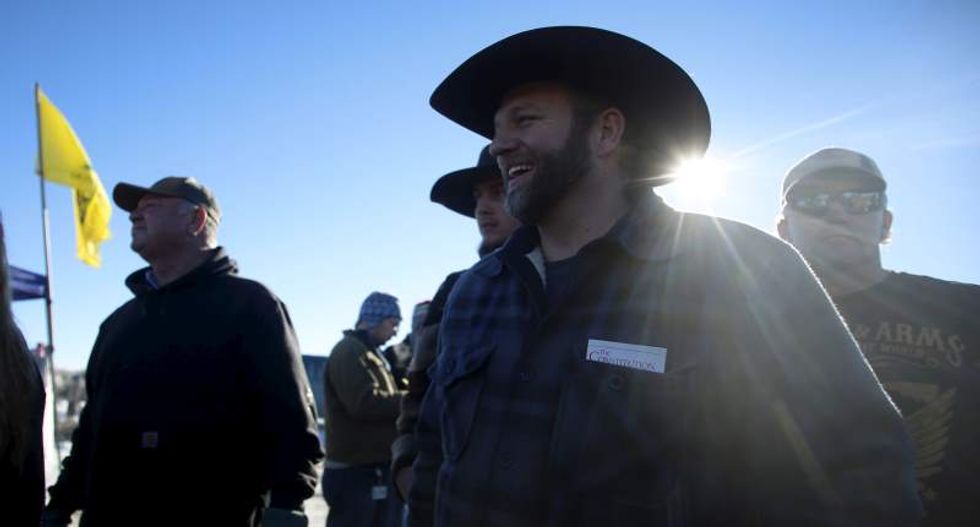 A 54-year-old computer repair shop owner from Colorado has traveled to Oregon and declared himself the "judge" for the extra-legal grand jury being assembled by the militant group occupying a wildlife reserve.

According to the Oregonian, Bruce Doucette said members of the group have given him "significant" evidence of crimes committed by government officials.

However, he would not identify the officials or their alleged crimes.

"The grand jury will convene in private and make its decisions in private," he said.

Doucette's Facebook page currently lists his occupation as "United States at Superior Court Judge." His "appointment" follows the formation last month of the Harney County Committee of Safety to enforce decisions made by the "common law grand jury."

The idea behind both moves is promoted by "sovereign citizen" groups and dates back to shadow cabinets established by the Continental Congress before the American Revolution was launched.

Doucette said the "grand jury" would be comprised of 25 people, and would hear evidence related to the dispute between the federal Bureau of Land Management and ranchers Dwight and Steven Hammond, who turned themselves in to authorities on Jan. 4, just after the militant group headed by Ammon Bundy seized the Malheur National Wildlife Refuge. Doucette said his role would be to "write up" whatever decision the self-appointed jurors reach.

"The role of a superior court judge is not very glorified," he said.