Dawn of the Anthropocene: 5 ways we know humans have triggered a new geological epoch 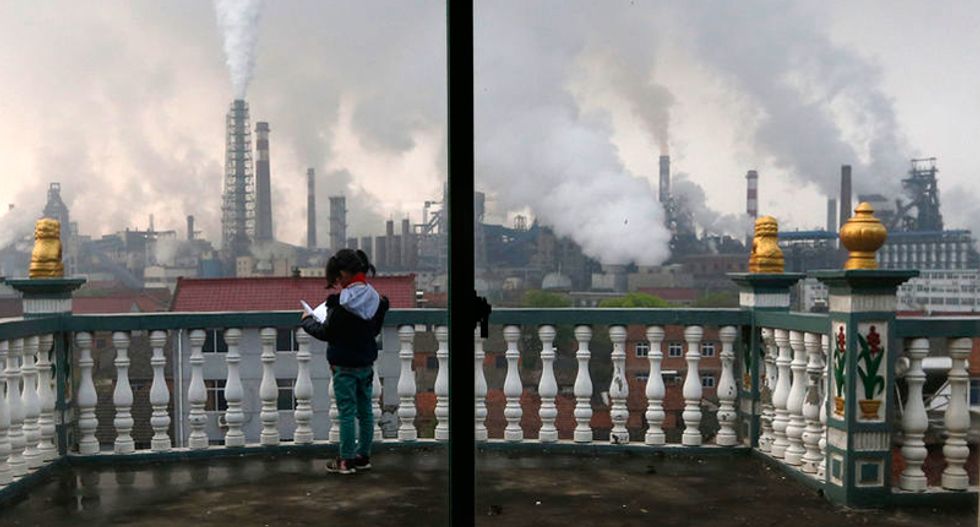 Is the Anthropocene real? That is, the vigorously debated concept of a new geological epoch driven by humans.

Our environmental impact is indeed profound – there is little debate about that – but is it significant on a geological timescale, measured over millions of years? And will humans leave a distinctive mark upon the layers of rocks that geologists of 100,000,000 AD might use to investigate the present day?

Together with other members of the Anthropocene Working Group we’ve just published a study in Science that pulls much of the evidence together.

The case for the Anthropocene might be distilled into five strands:

1. Carbon in the atmosphere

Carbon is important, both due to its growing impact on global warming and because it leaves long-lived geological traces. The increased levels of carbon dioxide in the atmosphere – now higher than at any time in at least the past few million years – can be found as fossil bubbles in the geologically short-lived “rock” that is polar ice.

But there are wider and more long-lived traces too, in the form of changed patterns of carbon isotopes (absorbed by every living thing) and in tiny, virtually indestructible particles of fly ash released from furnaces and chimneys. These are leaving an indelible signal in rock and soil strata now accumulating.

2. We’re adding chemicals to the environment

Other chemical cycles have been even more greatly perturbed. There is now about twice as much reactive nitrogen at the Earth’s surface than in the past, courtesy of the Haber-Bosch process used in the fertiliser industry, while the amount of phosphorus at the surface has also doubled. This is changing the biology and chemistry of environments ranging from far northern lakes to the growing ocean “dead zones” found along polluted coasts.

Far from any industry – but still polluted.

The artificial radionuclides released by atom bomb explosions are (for now) environmentally trivial by comparison – but they have also left a distinct and measurable marker worldwide.

3. We’ve made new materials that may outlast us

Human ingenuity and industry are creating thousands of new materials that wouldn’t exist without us, from compounds now harder than diamond to plastic, which has seen extraordinary growth from negligible pre-World War II to something like 300m tons a year today.

In future the beginning of human civilisation might be dated from plastic in rocks.

Many of these materials take a long time to wear out, and they’ve been very widely disturbed across the planet. Almost nowhere is safe. Even most mud samples taken from remote ocean beds now contain plastic fragments. Buried in sediment, these materials may be preserved over geological timescales, forming new rocks and rapidly-evolving “technofossils” for our descendents to marvel at.

4. Life itself is changing

The rate of extinctions is now many times above background levels, and is accelerating.

Irreversible species exchange between the New and Old Worlds.

But arguably of yet greater significance, currently, to modern biology – and hence to future palaeontology – is the unprecedented redistribution of plant and animal species between continents and across oceans.

This homogenisation of life on Earth is being increasingly joined by human-directed evolution of living species in agriculture, to create entirely novel biological assemblages such as broccoli or maize, which don’t exist in nature.

The changes are comparable in scale to those of earlier epochs. The extraordinarily wide range of geological signals associated with the Anthropocene – many of them new to the history of this planet – means comparison with earlier epochs is not straightforward. But putting the evidence together indicates an overall magnitude of change at least as large as that which ushered in the Holocene, our current geological epoch, and most other epochs.

Hence, there is a solid basis for considering that the Anthropocene – especially if defined as beginning in the mid-20th century – is real within the context of our planet’s history.

This doesn’t necessarily mean the term will be formalised anytime soon. Other arguments come into play in the debate, and some widely-used geological time terms such as the Precambrian (the planet’s first four billion years) still don’t have an official definition. But it does mean that humans are moving the Earth system from the comparative environmental stability of the Holocene into a new, evolving planetary state. And the impact will be felt by all human generations to come.