Defying his own son, Cliven Bundy rallies Oregon militants to 'fight' to the end 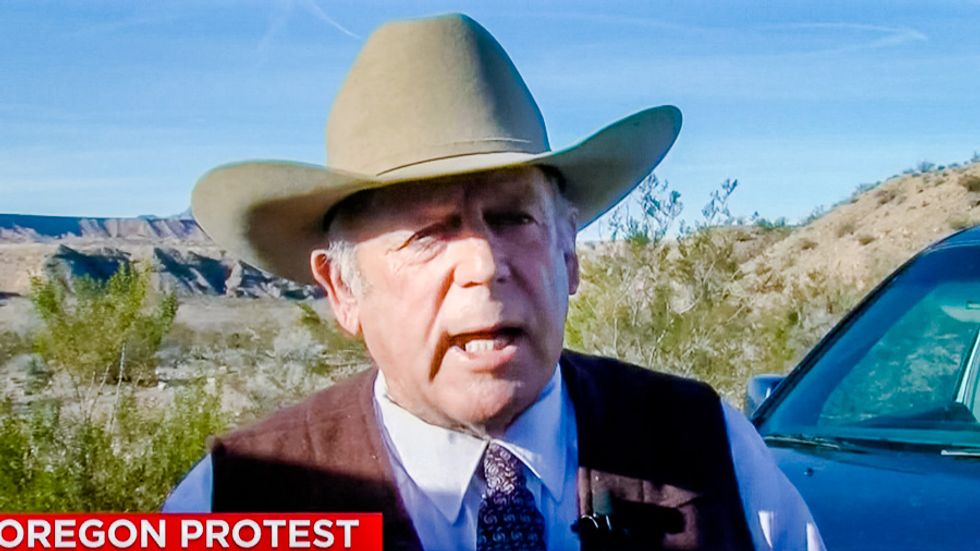 Cliven Bundy, father of militant leader Ammon Bundy, defied his own son on Thursday and called on armed occupiers at the Malheur National Wildlife Refuge to stay and fight.

Following a traffic stop that ended with the death of LaVoy Finicum and the arrests of Ammon Bundy and other anti-government militants, Ammon Bundy sent a message through his lawyer that it was time for the occupation to end.

"To those remaining at the refuge, I love you. Let us take this fight from here. Please stand down. Go home and hug your families," Ammon Bundy advised in a statement. "This fight is ours for now in the courts. Please go home."

Cliven Bundy, however, disagreed with his son, and called on the remaining militants to fight on.

"I'll tell you one thing, we're dang sure going to have to fight this battle over and over if we just give up right today," Cliven Bundy told CNN during an interview at his Nevada ranch. "I mean, we've got a life lost, but that life was wasted."

According to CNN, the five remaining militants at the refuge have said that they would leave peacefully if authorities agree to not arrest them or check their guns.