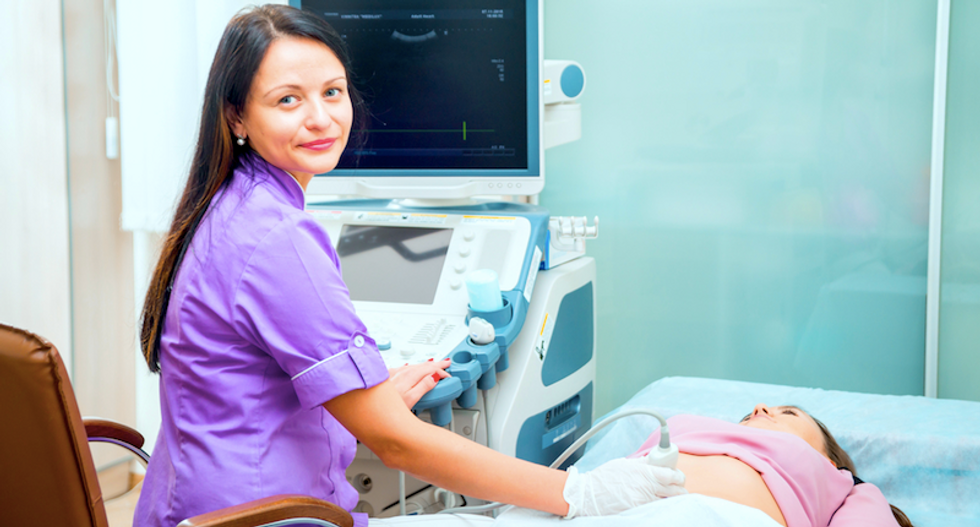 Doctors must send ultrasound images of women seeking abortions to state officials under a newly enacted law in North Carolina.

Anti-abortion activists say the law is intended to verify that doctors and health clinics are complying with state law, which prohibits abortions after 20 weeks with some exceptions for medical emergencies, reported the New York Times.

The law requires health care providers who perform abortions after the 16-week mark to send ultrasound images to North Carolina’s Department of Health and Human Services so officials can verify the "probable gestational age" of the fetus.

But critics say the law, which went into effect Jan. 1, serves no medical purpose and is instead intended "to shame women and intimidate the doctors that care for them.”

The law's stated purpose is to gather ultrasound data for “statistical purposes only,” and proponents insist patients' and doctors' names will be kept confidential.

But pro-choice critics, such as Gerrick Brenner of the liberal group Progress NC Action, described the law as a "creepy scheme" that reminds them of “something out of George Orwell’s ‘1984.’"

Anti-abortion activist Tami Fitzgerald helped push the measure, which she said was necessary to prevent doctors from lying about gestational age to skirt existing abortion limits.

She has not offered any examples of physicians engaging in those actions the law is intended to prevent.

The law also extends the waiting period for abortions to 72 hours -- the nation's longest.