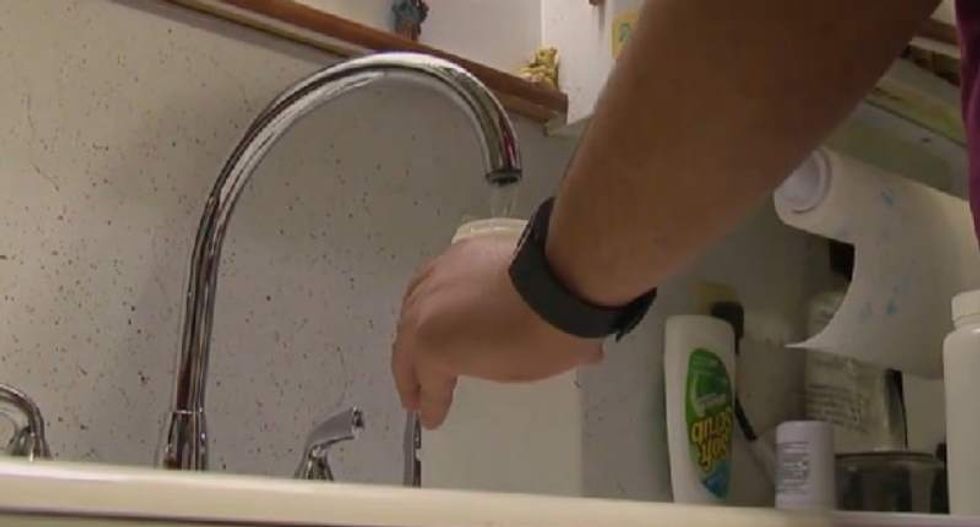 Early in 2015, a group calling itself the Nappy Science Gang hit the parenting scene in the U.K. It was made up of moms and dads who used cloth nappies – or diapers – with their kids, and wanted to know the best ways to keep them clean and safe.

The Nappy Science Gang is part of a growing global movement toward citizens getting involved in science. Over the past few years, there’s been an explosion of opportunities for ordinary people to collect data for researchers, and sometimes help analyze it. Platforms such as Zooniverse, Scientific American and SciStarter are all helping citizens (anyone who’s part of a community, in this context) connect with scientists and get involved with the process of scientific discovery.

Without doubt, the movement is enabling more people than ever before to become engaged in science and to contribute toward scientific progress. Yet in many of these citizen science projects, researchers remain firmly in the driver’s seat – asking the questions, setting the agenda and making sense of the data. They’re big on engagement, maybe not so much on empowerment – especially when it comes to issues that directly affect participants’ lives.

This is where the Nappy Science Gang is different. It represents an emerging trend where citizens partner with experts to do the science that’s useful to them and their community, not just someone else.

Partnerships like this can have wide-reaching consequences. One question asked by the Nappy Science Gang, for instance, was: why are biological detergents not advisable for washing cloth diapers?

Despite this being the advice given by organizations like the U.K. National Health Service, the group’s research findings didn’t seem to support it. So they asked one of their expert advisers for help.

Unable to explain things, the expert in turn approached the NHS – which also failed to find the scientific basis for their original recommendation.

And as a result, the agency changed its position on the use of biological detergents.

The Nappy Science Gang is a good example of how citizen-led science can empower individuals and communities to make informed decisions and influence policy decisions.

Another example is currently playing out in North America. But in this case, the stakes – and the consequences – are far, far higher.

In April 2014, the city of Flint, Michigan switched its water supply to the Flint River in an effort to save money. But from the get-go, it was clear that there was something wrong.

Residents rapidly started raising concerns over the smell, taste and appearance of the water. Yet despite their worries, they were repeatedly told by experts and city and state officials that the water was safe.

Tragically, toward the latter part of 2015, it became clear that the switch to what turned out to be a more corrosive water supply had led to high levels of lead leaching into the water. Flint’s children were being poisoned by the very water parents had been repeatedly assured was safe to drink.

From the beginning of this public health crisis, Flint residents were ignored and marginalized by experts and civic leaders. At the time of the water switch, I was working at the University of Michigan in Ann Arbor, and clearly remember the near-daily news coverage of residents' concerns and their dismissal by officials.

Motivated by the stories coming out of Flint, a group of students and researchers at Virginia Tech (VT) – some 500 miles away from Flint – decided to take action. They reached out to residents and developed a partnership that would help those affected by the growing crisis find out for themselves what was in their water.

The result was the Flint Water Study – a citizen science project that empowered residents in the city to analyze and make sense of their water quality.

The VT team provided residents with water test kits and worked with them on collecting, analyzing and using the results. The results were shocking.

The top 10 percent of measured lead levels were 10 times higher than those in neighboring Detroit, and nearly twice as high as the U.S. Environmental Protection Agency’s (EPA) action level – the highest measured value was over 10 times the level at which the EPA recommends taking action. 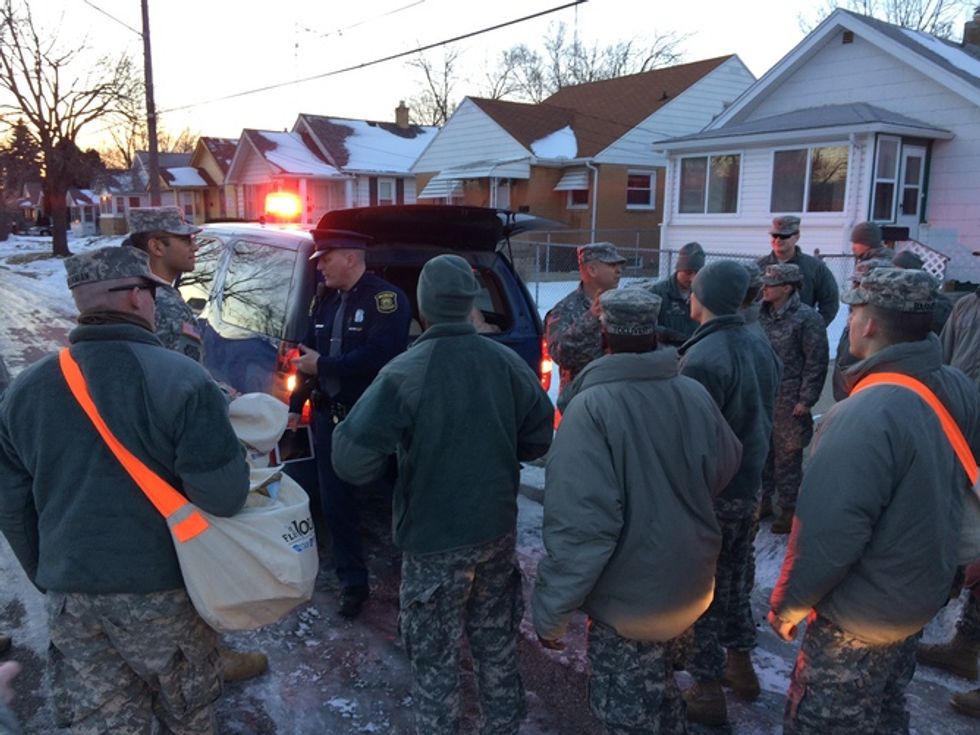 The National Guard, CC BY

Because of these findings and direct evidence of high blood levels in children – and despite repeated official claims that there wasn’t a problem – the state and the federal government are finally taking action to address the situation. And on January 16, 2016 – 18 months after citizen concerns were first raised – President Obama signed an emergency declaration and orders for federal aid for Flint.

The Flint water crisis is a story of both disenfranchisement and the ability of citizen-led science to empower communities. It’s a stark testament to how ordinary people can use science to find a voice, and to impact decisions that directly affect them.

This “extreme” citizen science, according to ExCiteS, is science that empowers citizens to deal with issues that directly concern them. It’s an approach that enables communities – regardless of their location, background, culture or literacy levels – to take the lead in research that’s directly relevant to them.

At its core, this form of citizen-led science recognizes and validates the ability of citizens to “own” the scientific method – to formulate questions and do research that directly benefits them and their communities. And it underlines how science can empower the disempowered and disenfranchised.

But only if the necessary resources and support are available.

First and foremost, this means access to experts who are willing to serve the needs of citizens – and not just co-opt them for their own ends.

Although the cost of doing science outside of established institutions is falling, it’s still expensive – prohibitively so, for many people. If citizen science is to empower the disempowered, not just the well-off, innovative ways of achieving this are needed. For instance, instrument loan/sharing programs could help get them into the hands of poor communities. More widespread open access publishing would enable citizens to read about and make use of current research, instead of it remaining in the realm of the privileged. And increased public and private funding for citizen-led research would help build powerful partnerships between communities and experts. 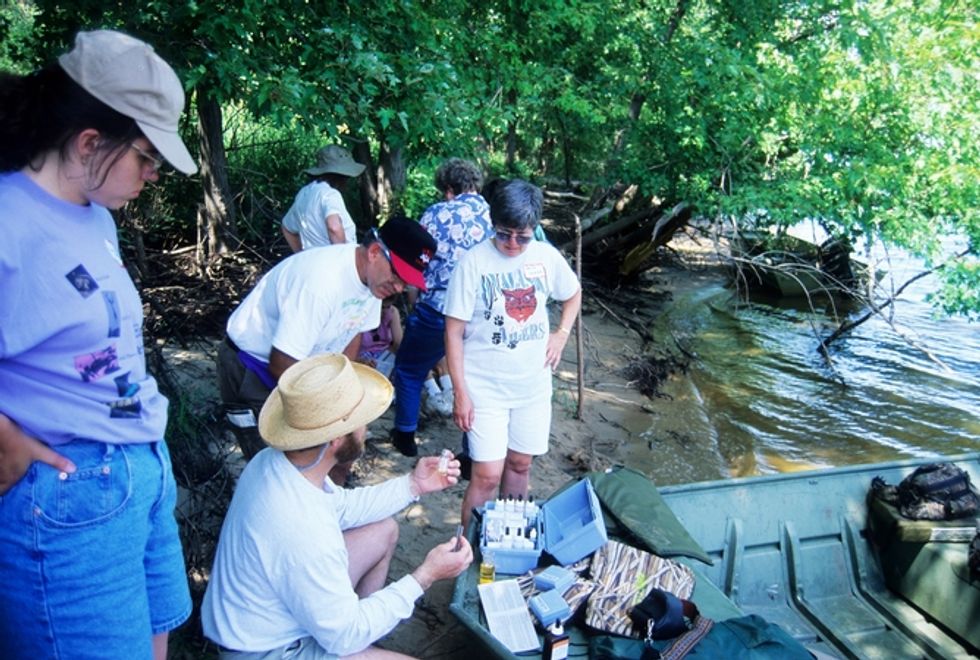 Perhaps the greatest barrier to citizen-led and citizen-relevant science, though, is intransigent institutionalized attitudes.

I was once at a meeting of senior science advisers where I suggested scientists might benefit from listening to ordinary people. I was told in no uncertain terms that this would be “a really bad idea.”

There’s an attitude that still lingers within the global science community that holds that “nonscientists” should revere, but not interfere with, science.

It’s great – so the belief goes – for citizens to get excited about science, to respect it and to perhaps occasionally help in collecting data as part of it. But to “do” their own science, with experts as their assistants? No.

To be fair, there are many scientists who embrace the idea of citizen-led science. Yet traces of this elitist attitude continue to make it hard for marginalized communities with problems and no answers to find a science-enabled voice.

Both the diaper study and the Flint Water Study demonstrate what can be done when citizens are empowered to be leaders and partners in science. And they are just two of many examples. They demonstrate the potential for citizen science – or more accurately, citizen-led science – to empower the disempowered and disenfranchised.

Yet for citizen science to be truly empowering in today’s world, we still have a long way to go.

This article was cross-published with Brink.