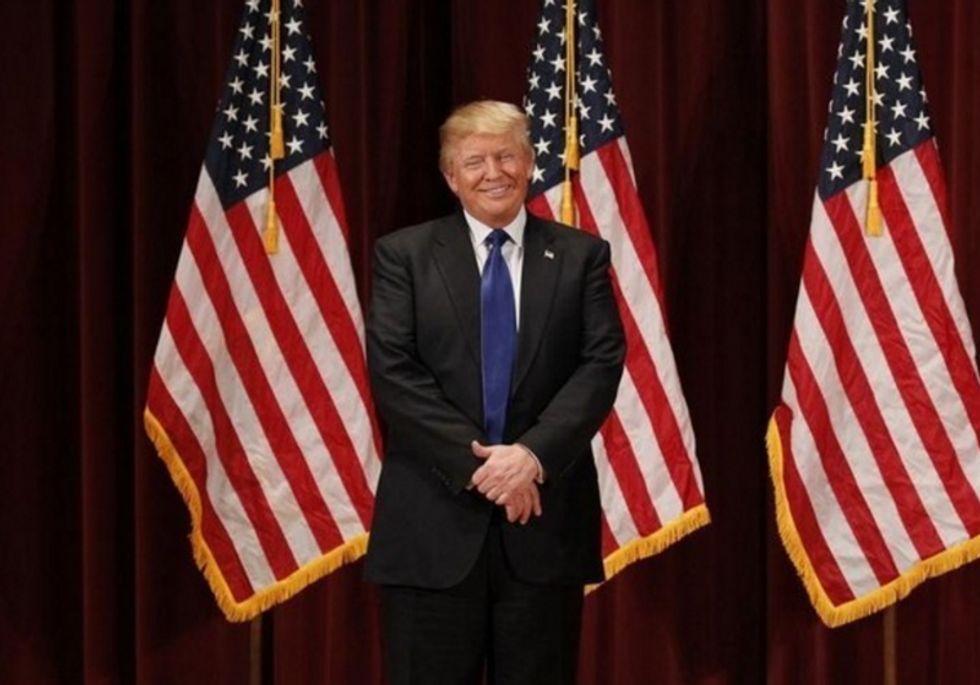 In Donald Trump's absence from the Republican presidential debate on Thursday, his rivals chided the billionaire front-runner for skipping the event and holding a competing fund-raiser for veterans across town in Des Moines, Iowa.

Fox News Chairman Roger Ailes had three phone conversations with Trump on the day of the debate, according to a network spokesperson. But the two failed to resolve a simmering feud that broke into the open this week after Trump demanded that the network remove anchor Megyn Kelly as a debate moderator.

Trump at one point, according to the network, offered to appear at the debate if Fox contributed $5 million to his charities. Fox said it refused.

Trump filled to capacity a 700-seat hall at Drake University, where he told the crowd he raised more than $5 million for a veterans' group in a single day. His campaign did not say which group was getting the funds.

At the Fox News-sponsored debate, Trump's rivals mocked his brash style and criticized his decision to sit out the debate.

"I’m a maniac and everyone on this stage is stupid, fat and ugly, and Ben, you're a terrible surgeon," Senator Ted Cruz of Texas said to rival Ben Carson, a retired neurosurgeon, as the debate opened, saying he had now "gotten the Donald Trump portion of the program out of the way."

Former Florida Governor Jeb Bush, who has been a frequent target of Trump's attacks, said he "kind of missed Donald Trump," adding: "He was such a teddy bear to me."

Trump was able to garner a tremendous amount of attention on Thursday without having to share much of the spotlight. Cable news networks CNN and MSNBC provided extensive coverage of his event.

"I didn’t want to be here, to be honest, I wanted to be about five minutes away" at the debate, he told the crowd.

Trump, who has accused Fox News, and particularly Kelly, of treating him unfairly, said: "When you’re treated badly, you have to stick up for your rights - whether we like it or not."

Trump's move to skip the debate could be a risky gamble ahead of Monday's Iowa caucuses, which kick off the state-by-state race to pick the nominees in the Nov. 8 presidential election.

But his support in opinion polls, much of it from blue-collar men, has not wavered for months despite him insulting Mexican immigrants, threatening to deny Muslims entry to the United States and clashing with Republican establishment figures like Senator John McCain.

Trump received almost twice as many mentions on social media during his competing veterans event than he received during the first hour of the last Republican debate on Jan. 14, according to Zoomph, a social media analytics firm.

But his rivals took turns reminding debate viewers about Trump's spat with Kelly.

"Don't worry, I'm not going to leave the stage no matter what you ask me," said Senator Marco Rubio of Florida.

Cruz, after a series of questions, said: "If you ask me one more mean question, I may have to leave the stage."