Fox host: President Obama put a 'raw onion' in his podium so he could cry fake tears for kids killed by guns 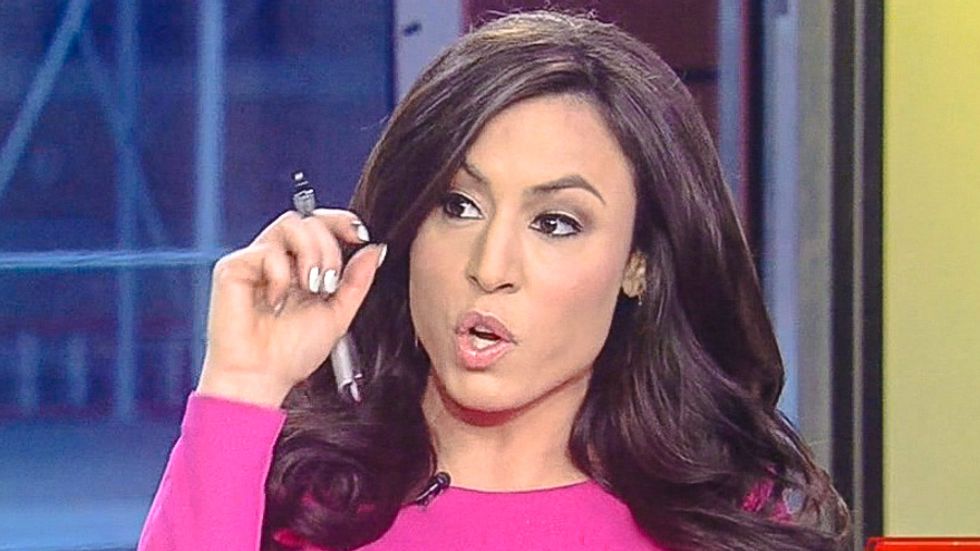 Following Obama's announcement that he was taking executive action to expand background checks and gun safety measures, the hosts of Outnumbered argued that the president was violating the separation of powers doctrine in the U.S. Constitution.

But it was the president's emotional reaction while speaking about gun violence in Chicago that irked host Melissa Francis.

"What was really upsetting was the tears that he wiped away again and again," Francis opined. "You want that for -- I mean, we feel frighten about what's going on with ISIS. And he can't pull that kind of passion for anything about this."

"I feel bad about those kids in [Newtown,] Connecticut," she added. "Your heart breaks for them. But it's only about this that he gets so upset about. And never about terror!"

After a commercial break, Fox News replayed a clip of Obama with tears flowing down his face.

Tantaros said that she didn't buy the emotion because "he would have spoken out a long time ago."

"This is how many years? Almost eight years, he's almost at the end of his term," she continued. "And you haven't heard him go to Chicago and really speak out about this issue."

"So, I would check that podium for like a raw onion or some No More Tears," Tantaros quipped. "It's not really believable. And the award goes to... we are in awards season."

Co-host Meghan McCain agreed: "It just didn't seem horribly authentic. And maybe it is, I don't know him at all."

"Go to your hometown of Chicago instead of talking about God-fearing Americans when ISIS is coming to their hometown," McCain advised.

Francis said that she couldn't understand how the president could cry for kids in Chicago but not the recent terror attacks in Paris.

"They say he's just cool, that's the way he is, that he doesn't get emotional," she explained. "We haven't seen this in a very long time and it's about something that feels political, that feels somewhat insincere, that feels like it's not going to make a huge difference."