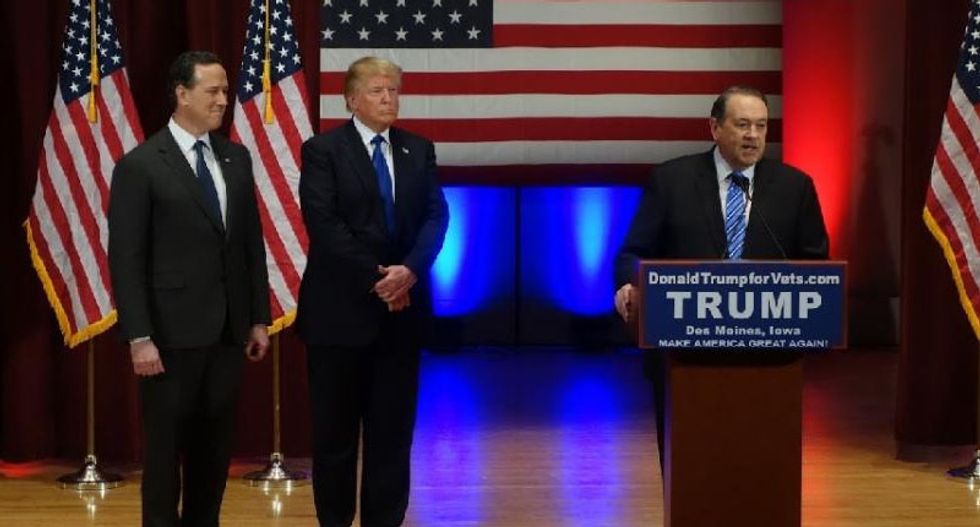 The Fox News Republican debate without front-runner Donald Trump received the second-lowest viewership ratings of the seven such televised encounters among Republicans so far this election cycle, CNN reported on Friday.

But CNN said the debate was still rated more highly than coverage of a rally at the same time that was hosted by Trump, who boycotted the Fox News event in a fight with the network.

Citing early data from measurement company Nielsen, CNN said the Fox News debate in Iowa on Thursday had a household rating of 8.4, beating only an earlier debate on the less-prominent Fox Business Network.

Other Republican debates ahead of the Nov. 8 presidential election have had much higher ratings. Full viewership numbers will be released later on Friday, CNN said. Fox News said it had no comment on viewer figures.

Billionaire Trump refused to participate in the debate out of anger that Fox News anchor Megyn Kelly was a moderator. Last-minute phone calls with Fox News Chairman Roger Ailes failed to resolve their dispute.

Instead, Trump held his own rally in Iowa at the same time, which he promoted as a way to raise money for charity.

Cable channels that showed parts of Trump's event combined for about a quarter of the debate audience, CNN said.

Trump often claims on the campaign trail that he is responsible for strong viewership of Republican debates. And even though he boycotted Thursday's event, he managed to upstage it, dominating Twitter mentions and Google searches during the debate.

The prime-time event lacked some of the heat Trump often injects into debates and instead focused largely on policy. His absence also allowed former Florida Governor Jeb Bush and New Jersey Governor Chris Christie time to make their case to voters seeking a mainstream candidate.