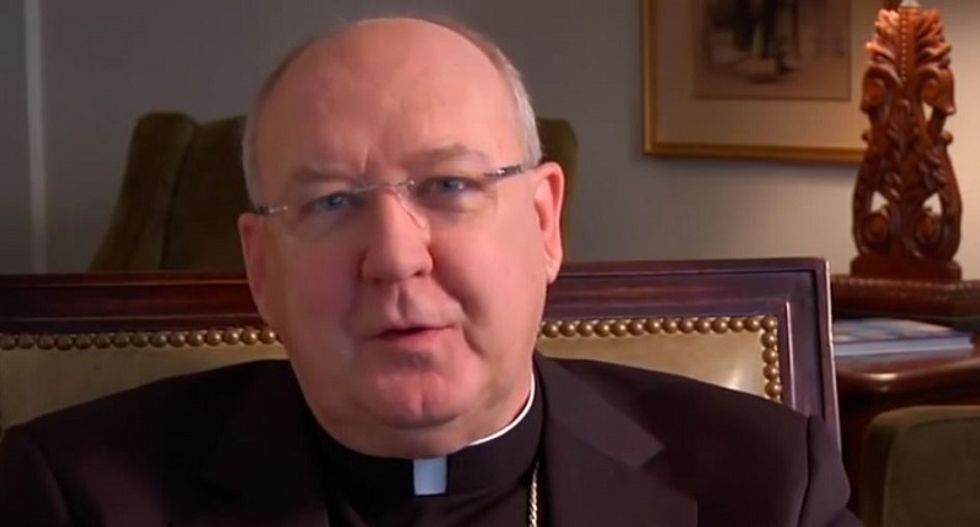 A church may seem like an odd place to bring a gun. But Catholics in Dallas, Texas are upset that church leadership won't let them take their firearms with them when attending, the Dallas Morning News reports.

"It is absurd that terrorists, criminals, and mentally unbalanced people can freely and openly buy weapons not intended for sport, but designed to kill people," Farrell wrote on his blog. "Writers of the Second Amendment envisioned smooth bore muskets and not semi-automatic and automatic weapons of war."

Farrell's stance has prompted conservative Catholics living within the Diocese of Dallas to condemn him as a "leftist" with "Irish-European views" on guns, the News reports.

“He just likes to ram these things down people’s throats,” parishioner Charles Cleaver told the News, of Farrell. “I don’t know who he’s trying to appeal to.”

“Why doesn’t he just call us a bunch of mouth-breathing inbred hicks and be done with it?” wrote a conservative Catholic blogger, who argued that Farrell wasted "moral capital" speaking out against open carry, instead of "evils" like abortion and contraceptives.

"More Americans are killed by automobiles every year in this country than firearms, but Bishop Farrell doesn’t spend time, effort, and precious moral capital railing in favor of legislation demanding greater automotive safety, because he’s familiar with cars, probably uses one most days, and thinks they’re great," the anonymous blogger wrote. "So he’s quite willing to put up with their downside. But he doesn’t feel that way about guns, because they’re black and scary and icky and only a knuckle-dragging troglodyte would ever want one. Even though almost 2/3 of annual firearms deaths are involved not in murders, but in suicides."

In fact, when the number of gun deaths are tallied, the claim that cars kill more people is spurious.

According to the Washington Post, guns and automobiles now kill Americans at the same rate. A study by the Atlanta Journal-Constitution found that in Georgia and 28 other states, deaths by gunfire now outnumber automobile-related deaths. The report concluded that while gun deaths are on the rise, automobile deaths are in steady decline.

"Let us pray that our legislators will see this as a human and not a political concern so that gun violence can be mitigated through appropriate legislation that allows us to live in a safe environment while respecting our Second Amendment rights," Farrell wrote, taking a stand that falls in line with another Catholic leader, Father Michael Pfleger in Chicago.

Farrell also has to worry about whether his parishioners will follow diocese rules. Cleaver says he will continue to carry his gun to church, despite them.

"What good would that [gun] do for you if you’re not carrying?” he asked the News.