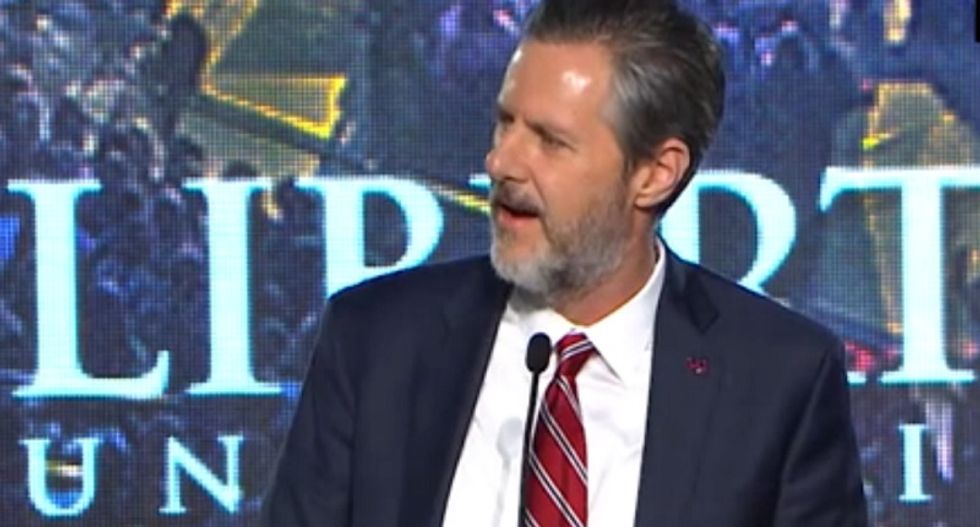 In his push to secure the nomination to be the Republican candidate for president in November, Donald Trump has won the support of some key figures in the evangelical community, including Sarah Palin and most recently, Liberty University president Jerry Falwell, Jr.

While Trump has maintained a lead among Republican candidates, some Christians are calling him out after the Falwell endorsement and questioning whether his evangelical credibility extends beyond it. Nebraska Republican Sen. Ben Sasse took to Twitter to openly criticize Trump on his extra-marital affairs.

"You brag [about] many affairs w/ married women," Sasse wrote. "Have you repented? To harmed children & spouses? Do you think it matters?"

John Stemberger, president of the Florida Family Policy Council, told Politico he though evangelist Jerry Falwell, Sr. would "roll over" in his grave if he knew his son had endorsed Trump.

“The late Dr. Jerry Falwell Sr. would be rolling over in his grave if he knew the son who bore his name had endorsed the most immoral and ungodly man to ever run for President of the United States,” Stemberger said in a statement to Politico. “It is one thing to allow the free exchange of ideas, even bad ideas, among college students on a Christian campus. It is quite another to give a glowing endorsement-like introduction calling Donald Trump ... This in no way represents the legacy of Dr. Jerry Falwell, Sr.”

Russell Moore, president of the Ethics & Religious Liberty Commission of the Southern Baptist Convention, already warned last week about the Christian right flocking to Trump, tweeting, "Politics driving the gospel rather than the other way around is the third temptation of Christ. He overcame it. Will we?"

On Tuesday, Moore simply tweeted a gif image of someone hopelessly shaking his head.

The decision to endorse Trump has left some shaking their heads.

But as one supporter in New York pointed out, Trump has tapped into a certain level of anger among conservative voters, and no matter what he says, they will support him.

“I think the more he riles up the establishment, the better I like it," New Yorker Karen Bruno had said. "So, he really can’t say anything wrong. Because every time he makes them upset, the more I like it, because I’m so angry,”