'It makes us look bad': Fox pundit excoriates panel for claiming Obama faked cried with 'pepper' in his eye 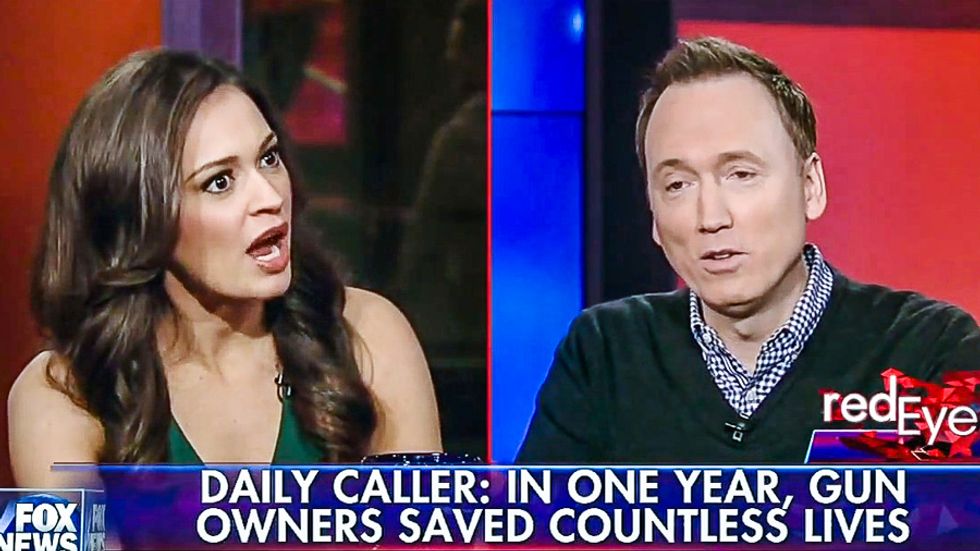 Fox News contributor Joanne Nosuchinsky says she's tired of being mocked because her colleagues continue to accuse President Barack Obama of faking tears for children who have died from gun violence.

"He put pepper to his eye," Gunzelman opined, touching the corner of his eye. "And that's how he started to cry. This is the breaking news that you need to know. He was not really crying there."

Red Eye host Tom Shillue said that he didn't want to accuse the president of putting pepper in his eye, but he doubted that the tears were real.

"But what if he used his acting chops, of which he's very skilled, he's a good actor," Shillue told the panelists. "So what if he turned on the water works for political effect?"

"I just really don't think he did!" Nosuchinsky exclaimed. "It makes us look bad by saying that!"

"Hold on!" Shillue interrupted. "You don't think the president could be political?"

"When he's crying after talking about little children who died in mass murder, of course, you're going to cry," Nosuchinsky insisted. "Like, that's what happens. It happens sometimes, and I don't fault him for that."

But Nosuchinsky did fault the president's executive actions on gun violence and suggested that "gun-free zones" were the real cause of mass shootings.

"Gun violence is down except in areas where the mass shooting occurred, and that's because they are gun-free zones," she said.

On Wednesday's The Daily Show, host Trevor Noah called out several Fox News pundits for doubting Obama's emotional response, including Andrea Tantaros who accused the president of planting a "raw onion" in his podium.