Maine Governor Paul LePage insists his comments weren't racist: 'My brain was slower than my mouth' 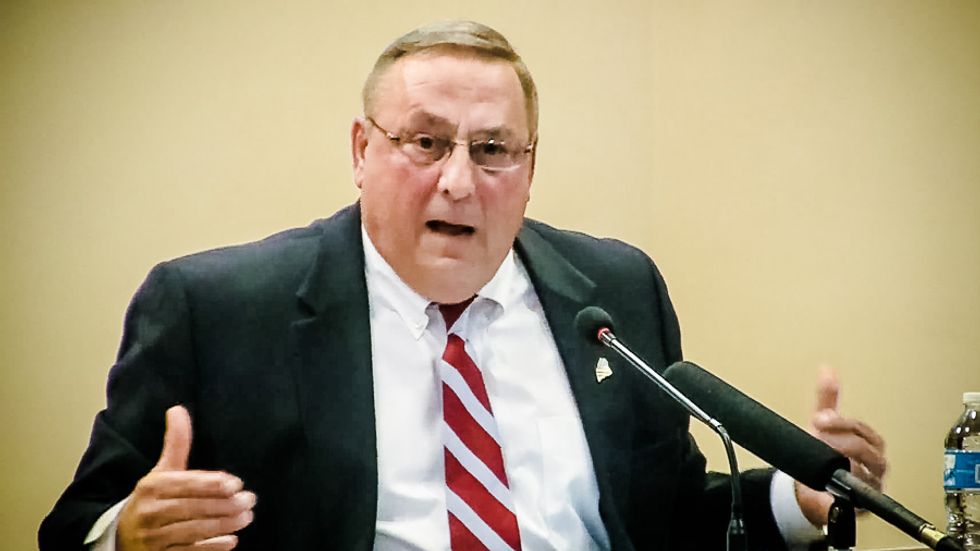 Outspoken Maine Governor Paul LePage on Friday responded to criticism that his comments about drug dealers flooding the state and impregnating "white girls" had a racist tone, blaming the media for taking his words out of context.

"My brain was slower than my mouth," LePage, a Republican, told reporters at the state house in Augusta. "The take-away is this: I don’t really care what the press thinks about me. But I want the drug dealers to know: I’m after them."

Like many U.S. states, Maine is struggling with a surge in heroin addiction and overdoses and LePage has frequently suggested involving the state's National Guard in the fight against drug dealers.

In discussing the problem at a town hall meeting on Wednesday, LePage said: "These aren't the people who take drugs. These are guys with the name D-Money, Smoothie, Shifty - these types of guys. Incidentally, half the time they impregnate a young white girl before they leave, which is a real sad thing."

LePage insisted on Friday he had meant nothing by the "white girls" comment, adding, "Maine is essentially all white." He said he had not known the race of the drug traffickers he was referring to, contending that the police reports he reads makes no mention of it.

Some 95 percent of Maine's population is white, according to U.S. Census data, well above the 77 percent national average.

LePage's Wednesday comments were immediately criticized by Democrats in the state and elsewhere. Democratic presidential candidate Hillary Clinton's campaign described his words as "racist rants" in a statement to the New York Times.

"Governor LePage should be ashamed," said Representative Mark Eves, the Democratic speaker of the state's House of Representatives. "What a terrible example for our children."

LePage's comments came at a time of racial tension across the United States, with police killings of black men in cities including Ferguson, Missouri, New York and Baltimore inflaming the national debate on race and justice and sparking sometimes violent protests.

LePage has often come under attack for his blunt comments. He gained national notoriety early in his tenure after he ordered a mural honoring state workers removed, called climate change "a scam" and made a crude sexual remark about an opposition leader's use of Vaseline.