Megyn Kelly: The Fox News anchor who dinged Trump's ego – and got under his skin 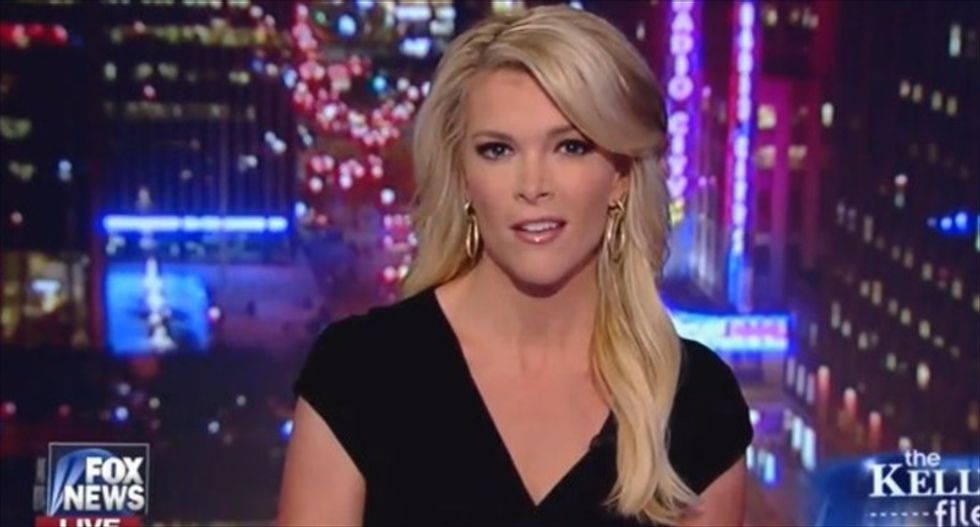 Fox News anchor Megyn Kelly is not the first journalist to elicit the wrath of Donald Trump. But she may be the first to have forced the combative Republican presidential frontrunner into submission.

Certainly, she must be the first TV anchor who dedicated an entire live broadcast to a news event that was, as she put it on Tuesday, about “yours truly”.

That was how she reported that Trump was pulling out of the final Republican TV debate before the Iowa caucuses, essentially because he didn’t like the idea of being questioned by Kelly.

“He doesn’t get to control the media,” Kelly told viewers of her evening show, The Kelly File, hours after the billionaire real estate mogul’s dramatic declaration that he was withdrawing from the debate.

It is unprecedented for a presidential frontrunner to pull out of a TV debate on the eve of the Iowa polls. And it is an especially remarkable move for Trump, who has long cultivated the image of a brash candidate who fears no one, relishes confrontation and, as he puts, is always “a winner”.

The Fox News debate, which will be held in Des Moines on Thursday, is crucial for the candidates to make their case to Iowa voters before the the first-in-the-nation caucuses next week. Boycotting the event is a huge gamble for Trump, who is running roughly neck-and-neck with Texas senator Ted Cruz in the polls.

It was all the more notable for the fact the billionaire real estate mogul’s rare surrender took place out of concern over a head-to-head with a journalist – a profession he holds in great disdain – and one who, no less, works for the arch-conservative Fox News.

The fact Kelly, 45, works for Fox News, which has so often been a cheerleader for Trump, goes part of the way to explaining why Trump may find her especially irksome.

Her brash, unforgiving and often cutting approach to political interviews, which earned her evening Fox News slot as host of The Kelly File and her role co-hosting the network’s presidential debates, have made her a formidable opponent for politicians of every stripe.

Her tough questioning of Trump during the first Republican TV debate, in Cleveland, Ohio in August, came at a point when the GOP establishment was coming to terms with the fact its race for the White House was being dominated by the former host of a reality TV show, The Apprentice.

“Mr Trump, one of the things people love about you is you speak your mind and you don’t use a politician’s filter,” Kelly said during the debate. “However, that is not without its downsides, in particular, when it comes to women. You’ve called women you don’t like fat pigs, dogs, slobs, and disgusting animals.”

It was the first of several tussles between the two, and a shock to the system for Trump, who had grown used to softball questions from TV journalists, at Fox News and other networks – all of which have given the billionaire almost unfettered access to their airwaves in the knowledge that he immediately boosts their ratings.

Kelly’s attempt to challenge Trump over his perceived misogyny was the toughest questioning the Republican presidential contender had faced since announcing his bid for the White House two months earlier.

The comment was widely perceived as a reference to Kelly’s menstruation, although Trump was unapologetic, denying that was his implication.

Since then, Trump has had a series of run-ins with other journalists, including Univision anchor Jorge Ramos , whom he ejected from a press conference, and New York Times reporter Serge Kovaleski , whose physical disability he appeared to mock during a rally.

But no reporter has gotten under Trump’s skin quite like Kelly. Declaring his intention to withdraw from the debate on Tuesday, a flustered-looking Trump said simply that he believed his nemesis was “a total lightweight”.

“With me, they’re dealing with somebody that’s a little bit different. They can’t toy with me like they toy with everybody else,” he said. “Let them have their debate and let’s see how they do with the ratings.”