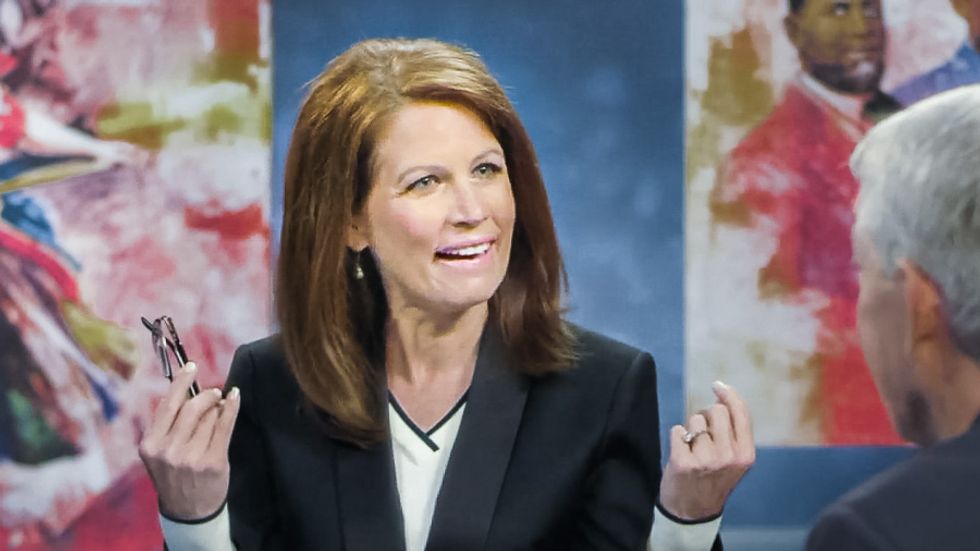 Former U.S. Rep. Michele Bachmann (R-MN) argued recently that the government was guilty of "tyranny" because of a law that enables the prosecution of hate crimes against LGBT people.

"That's what's so brilliant about our form of government and God's form of government, that we are equal before the law," Bachmann explained in a video clip obtained by Right Wing Watch. "God's says He's not a respecter of persons, He's not partial, so why should we, why should government be partial? ... A creator God created us equal."

Barton, however, argued that equal protections could not be extended to "groups" like LGBT people.

"It's tyranny," Bachmann agreed. "So when you're part of a favored group, then you get special benefits that nobody else gets."

"That's the very form of tyranny because when government supposedly gives something — government has nothing to give, they have to take it away from other people," she added. "So when they give it to that certain group, that means, by definition, they're taking it away from you."

Watch the video below, uploaded by Right Wing Watch.