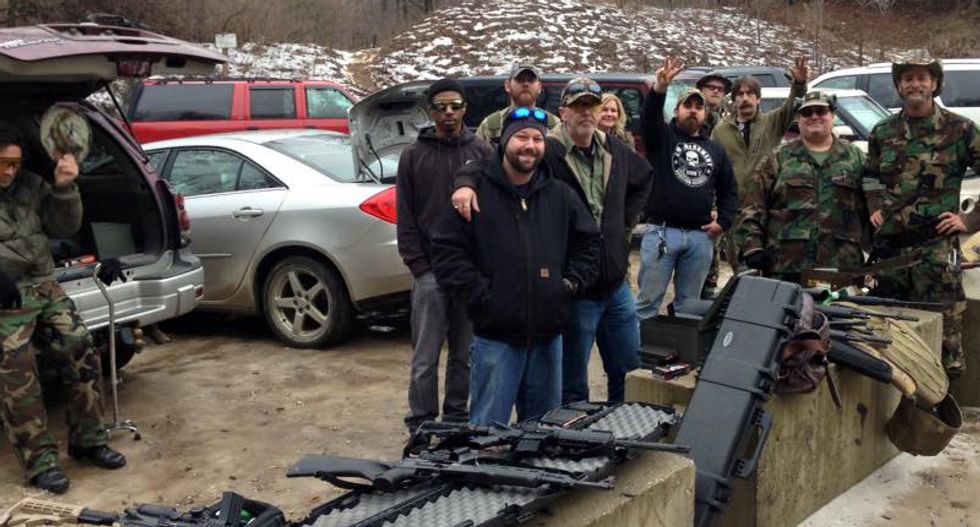 Members of a Michigan militia group -- who have spent the last week distributing bottled water in Flint -- said they would take up arms to defend the residents of the embattled city facing a major water crisis.

The Genesee County Volunteer Militia held a rally on Sunday outside the Flint City Hall, demanding accountability from state administrators over how the city’s water supply became contaminated, reports the Detroit Free Press.

In a post on their Facebook page, Maj. Matt Krol, Executive Officer/Information Officer of the GCVM urged, "Militia, Oath Keepers, III%, Home Guard, and all other like groups to wear your uniforms and insignia to this event. All others are welcome to join us as well! We ask that you only wear side arms and not long rifles, this is not about our 2nd Amendment, this is about the infringement on the good people of Flint. God Bless the Republic,"

Militia members were slamming the state government for switching to Flint river water to save money, sickening thousands of  residents with lead-tainted water and causing the death of 10 people.

About 30 members showed up for the rally, with spokesperson Dave McKellar explaining that another 50 were spending the day distributing water to local residents.

Wearing camouflage, with a handgun strapped to his side, Krol told the rally attendees they were there to stand up for the community.

“We’re here to defend this community," said  Krol. “We’re not going to allow (the government) to step on the people of Flint any longer."

“If it means having to take up arms in defense ... we will do that as well,” he added.

Krol also stated that he didn't see the crisis enveloping the mostly minority community as a matter of race.

“This is not a racial issue, unlike some people last week tried to say. It’s a human issue,” he said, with McKellar adding, "What happened here is a crime.”

The right-wing militia took up common cause with Flint-native and liberal filmmaker Michael Moore last week, with McKellar saying, "For [Moore] to step forward and say something good… this time I agree with him. We’re trying to coordinate so the protests don’t stop.”