Neil Gaiman smacks down Game of Thrones fan complaint over book delay: 'George R.R. Martin is not your b*tch' 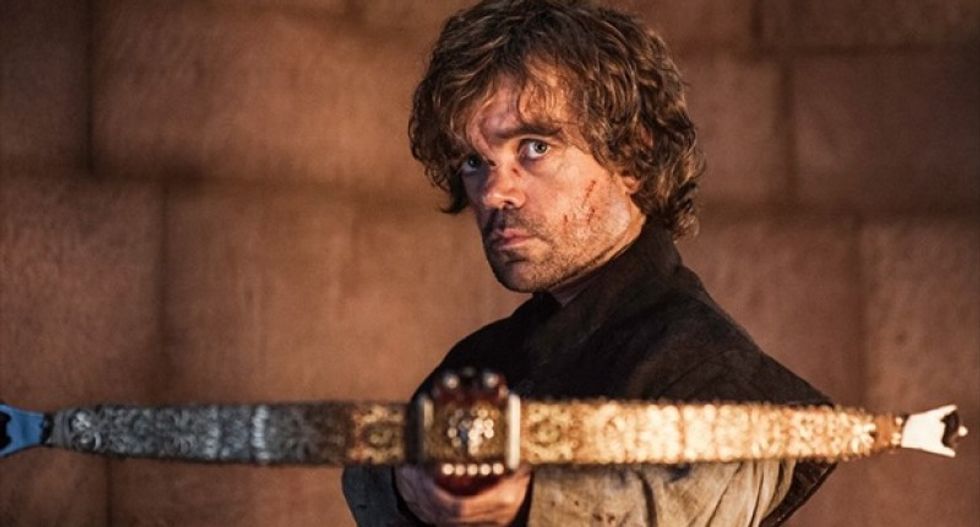 Popular British writer Neil Gaiman had a few words to spare for a fan of both his fiction and George R.R. Martin's "Song of Ice and Fire" series -- popularly known as "Game of Thrones" -- who wrote to him complaining that Martin is taking too long to produce the next installment.

"George R.R. Martin is not your bitch." Gaiman wrote.

Writing on his blog, on a post called "Entitlement issues," the writer of the Sandman comic book series as well as popular novels such as "American Gods" and "Coraline," reprinted an email he received from a fan identified as Gareth.

"I've recently subscribed to George RR Martin's blog  in the hopes of getting some inside information regarding when the next "Song of Ice and Fire" book is due to be released," Gareth wrote. "I love the series but since subscribing to the blog I've become increasingly frustrated with Martin's lack of communication on the next novel's publication date."

"When writing a series of books, like Martin is with "A Song of Ice and Fire" what responsibility does he have to finish the story? Is it unrealistic to think that by not writing the next chapter Martin is letting me down, even though if and when the book gets written is completely up to him?" he continued.

In response, Gaiman cut right to the chase.

"Look, this may not be palatable, Gareth, and I keep trying to come up with a better way to put it, but the simplicity of things, at least from my perspective is this," Gaiman wrote, before adding with emphasis. "George R.R. Martin is not your bitch."

"This is a useful thing to know, perhaps a useful thing to point out when you find yourself thinking that possibly George is, indeed, your bitch, and should be out there typing what you want to read right now. People are not machines. Writers and artists aren't machines."

He continued: "You're complaining about George doing other things than writing the books you want to read as if your buying the first book in the series was a contract with him: that you would pay over your ten dollars, and George for his part would spend every waking hour until the series was done, writing the rest of the books for you. No such contract existed. You were paying your ten dollars for the book you were reading, and I assume that you enjoyed it because you want to know what happens next."

Gaiman added that most fans complain about the quality of books slipping, and combined with complaints about delays, makes "me glad that I am not currently writing a series."

He pointed out that writers have lives outside of the fictions that they write for their fans, from which they draw inspiration and that they should be given room to breathe.

He then gave Gareth some advice.

"Read the original book again. Read something else. Get on with your life. Hope that the author is writing the book you want to read, and not dying, or something equally as dramatic. And if he paints the house, that's fine," Gaiman suggested. "And Gareth, in the future, when you see other people complaining that George R.R. Martin has been spotted doing something other than writing the book they are waiting for, explain to them, more politely than I did the first time, the simple and unanswerable truth: George R. R. Martin is not working for you."