Tom Skeyhill was an acclaimed Australian war hero, known as “the blind solider-poet.” During the monumental World War I battle of Gallipoli, he was a flag signaler, among the most dangerous of all positions. After being blinded when a bomb shell detonated at his feet, he was transferred out.

After the war he penned a popular book of poetry about his combat experience. He toured Australia and the United States, reciting his poetry to rapt audiences. President Theodore Roosevelt appeared on stage with him and said, “I am prouder to be on the stage with Tom Skeyhill than with any other man I know.” His blindness suddenly disappeared following a medical procedure in America.

But, according to biographer Jeff Brownrigg, Skeyhill wasn’t what he seemed. The poet had, in fact, faked his blindness to escape danger.

That’s not all. After a drunken performance, he blamed his slurred speech on an unverifiable war injury. He claimed to have met Lenin and Mussolini (there is no evidence that he did), and spoke of his extensive battle experience at Gallipoli, when he had been there for only eight days.

You have to be pretty bold to spin those kinds of self-aggrandizing lies and to carry it off as long as Skeyhill did. Although he never received a formal psychological examination (at least to our knowledge), we suspect that most contemporary researchers would have little trouble recognizing him as a classic case of psychopathic personality, or psychopathy.

Despite the popular perception, most psychopaths aren’t coldblooded or psychotic killers. Many of them live successfully among the rest of us, using their personality traits to get what they want in life, often at the expense of others. 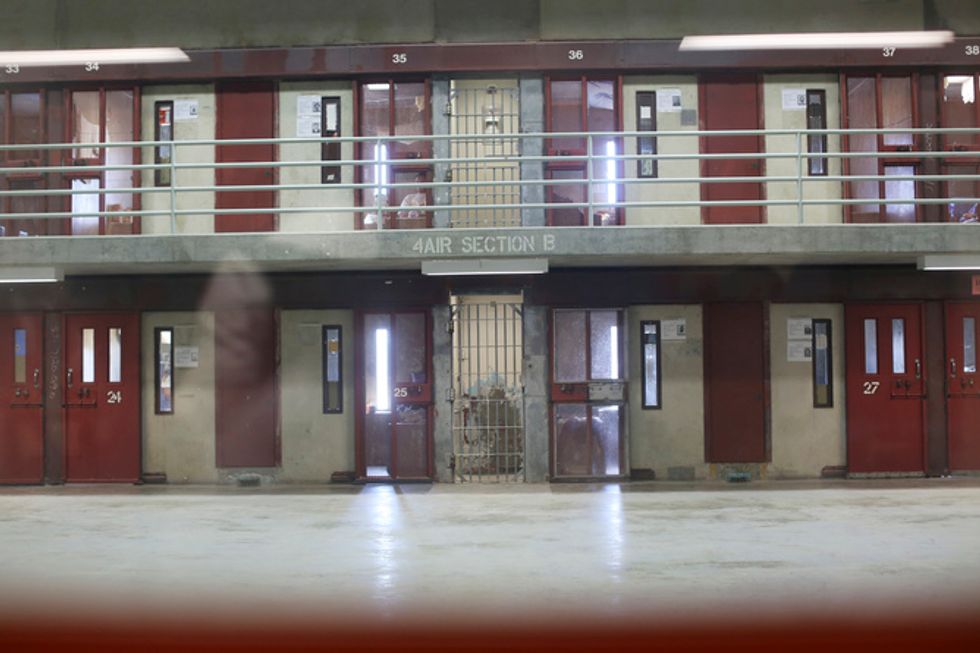 A cell row is seen at the Security Housing Unit (SHU) during a media tour at the Corcoran State Prison in Corcoran, California.

Psychopathy is not easily defined, but most psychologists view it as a personality disorder characterized by superficial charm conjoined with profound dishonesty, callousness, guiltlessness and poor impulse control. According to some estimates, psychopathy is found in about one percent of the general population, and for reasons that are poorly understood, most psychopaths are male.

Not surprisingly, psychopathic individuals are more likely than other people to commit crimes. They almost always understand that their actions are morally wrong – it just doesn’t bother them. Contrary to popular belief, only a minority are violent.

Because researchers tend to seek out psychopaths where they can locate them in plentiful numbers, much research on the condition has taken place in prisons and jails. That’s why until fairly recently, the lion’s share of theory and research on psychopathy focused on decidedly unsuccessful individuals – such as convicted criminals.

But a lot of people on the psychopathic continuum aren’t in jail or prison. In fact, some individuals may be able to use psychopathic traits, like boldness, to achieve professional success.

The very existence of successful psychopathy has been controversial, perhaps in part because many scholars insist they have never seen it. Some say the concept is illogical, with others going so far as to term it an oxymoron.

Successful psychopathy is a controversial idea, but it’s not a new one. In 1941, American psychiatrist Hervey Cleckley was among the first to highlight this paradoxical condition in his classic book “The Mask of Sanity.” According to Cleckley, the psychopath is a hybrid creature, donning an engaging veil of normalcy that conceals an emotionally impoverished and profoundly disturbed core.

In Cleckley’s eyes, psychopaths are charming, self-centered, dishonest, guiltless and callous people who lead aimless lives devoid of deep interpersonal attachments. But Cleckley also alluded to the possibility that some psychopathic individuals are successful interpersonally and occupationally, at least in the short term.

In a 1946 article, he wrote that the typical psychopath will have often:

outstripped 20 rival salesmen over a period of 6 months, or married the most desirable girl in town, or, in a first venture into politics, got himself elected into the state legislature.

Charming, aggressive and looking out for number one

In 1977, Catherine Widom published a study about “noninstitutionalized psychopaths.” To find these individuals, she placed an advertisement in underground Boston newspapers calling for “charming, aggressive, carefree people who are impulsively irresponsible but are good at handling people and looking out for number one.”

The individuals she recruited exhibited a personality profile similar to those of incarcerated psychopaths, and about two-thirds of them had been arrested.

What’s the difference between the psychopaths who get arrested and the ones who don’t? Research from Adrian Raine, now at the University of Pennsylvania, conducted in the 1990s sheds some light.

Raine and his colleagues recruited men from temporary employment agencies in the Los Angeles area. After first identifying those who met the criteria for psychopathy, they compared the 13 participants who had been convicted of one or more crimes with the 26 who had not. Raine provisionally regarded these 26 men as successful psychopaths.

Each man gave a videotaped speech about his personal flaws. Raine and his colleagues found that the men they considered successful psychopaths displayed significantly greater heart rate increases, suggesting an increase in social anxiety. These men also performed better on a task requiring them to modulate their impulses.

The bottom line: having a modicum of social anxiety and impulse control may explain why some psychopathic people manage to stay out of trouble. 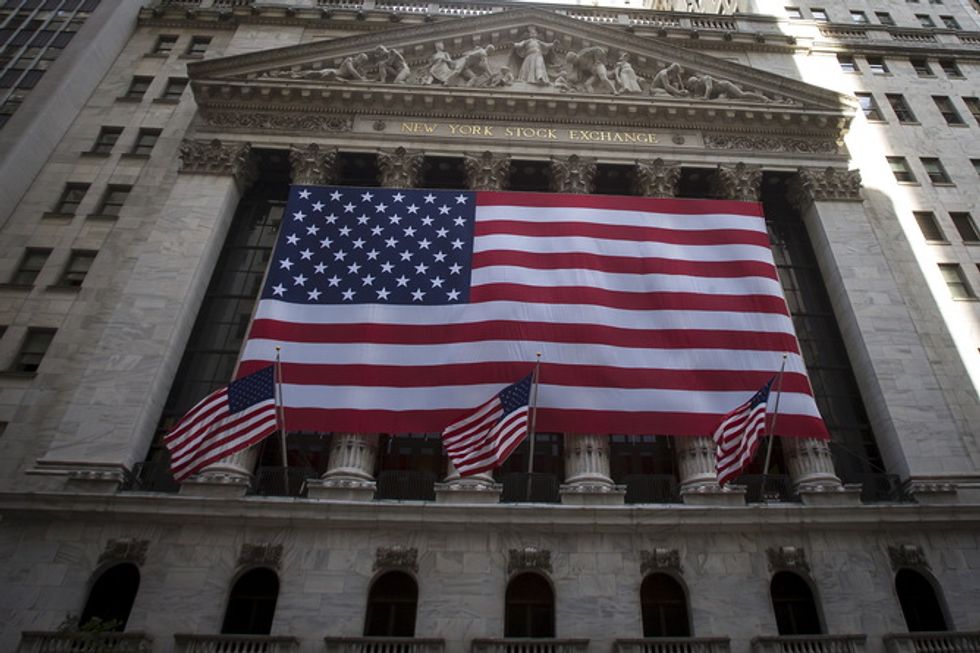 The psychopath at the stock exchange

More recently, some researchers, ourselves included, have speculated that people with pronounced psychopathic traits may be found disproportionately in certain professional niches, such as politics, business, law enforcement, firefighting, special operations military services and high-risk sports. Most of those with psychopathic traits probably aren’t classic “psychopaths,” but nonetheless exhibit many features of the condition.

Perhaps their social poise, charisma, audacity, adventurousness and emotional resilience lends them a performance edge over the rest of us when it comes to high-stakes settings. As Canadian psychologist Robert Hare, the world’s premier psychopathy expert, quipped, “If I weren’t studying psychopaths in prison, I’d do it at the stock exchange.”

Our lab at Emory University, and that of our collaborators at Florida State University, are investigating whether some psychopathic traits, such as boldness, predispose to certain successful behaviors.

What do we mean by boldness? It encompasses poise and charm, physical risk-taking and emotional resilience, and it is a trait that is well-represented in many widely used psychopathy measures.

For instance, in studies on college students and people in the general community, we have found that boldness is modestly tied to impulsive heroic behaviors, such as intervening in emergencies. It’s also linked to a higher likelihood of assuming leadership and management positions, and to certain professions, such as law enforcement, firefighting and dangerous sports.

Want to be president? Having some psychopathic traits could help

There’s one job in particular in which boldness may make a difference: president of the United States.

In a study of the 42 American presidents up to and including George W. Bush, we asked biographers and other experts to complete a detailed set of personality items – including items assessing boldness – about the president of their expertise. Then, we connected these data with independent surveys of presidential performance by prominent historians.

We found that boldness was positively, although modestly, associated with better overall presidential performance. And several specific facets of such performance, such as crisis management, agenda setting and public persuasiveness, were associated with boldness too. This may be something to keep in mind the next time you see presidential candidates talk about how bold they’ll be in the White House.

Theodore Roosevelt, the boldest of them all.

In an interesting coincidence, the boldest president in our study was the one who said he was proud to share a stage with Tom Skeyhill. Theodore Roosevelt was described by a recent biographer as possessing a “robust, forceful, naturalistic, bombastic, teeth-clapping, animal-skinning, keen-eyed, avalanche-like persona.”

The boldest presidents were not necessarily extreme or pathological on this dimension, but boldness was markedly elevated relative to the average person.

Although boldness was tied to some successful actions, we generally found that other psychopathic features, such as callousness and poor impulse control, were unrelated or negatively related to professional success.

Boldness may be associated with certain positive life outcomes, but full-fledged psychopathy generally is not.

Where’s the line between success and criminality?

The charm of the psychopath is shallow and superficial. With that in mind, we would argue that boldness and allied traits may be linked to successful behaviors in the short term, but that their effectiveness almost always fizzles out in the long term. After all, Tom Skeyhill was able to fool people for only so long.