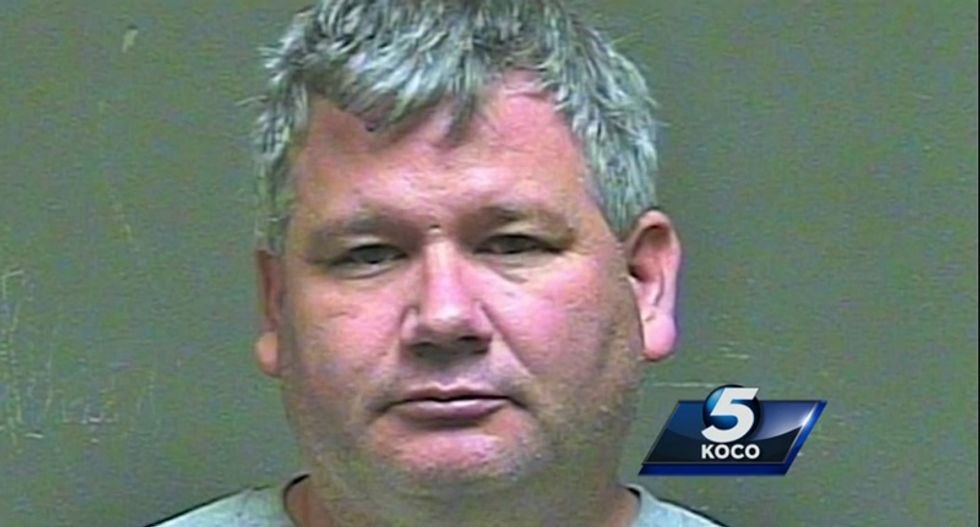 An Oklahoma bible study leader who has been charged with dozens of sex crimes against a 14 year old girl had a history as a sex offender before joining the church, NewsOK reports.

Donnie Ray Schultz, 45, faces more than 50 charges for rape and forcible oral sodomy, along with counts of making and possessing child pornography. He met the victim through a Bible study class he volunteered to teach at Calvary Christian Church in Del City, a city in central Oklahoma. A teacher at her high school said the victim reported she felt "brainwashed" by him.

"The victim stated that over the course of 16 months, she and the suspect have had sexual intercourse 20-30 times and had oral sex numerous times," Del City police detective Michael Gray wrote in a report obtained by NewsOK.

Gray wrote that Schultz, a handyman, would often take his victim to the houses he worked at and rape her there. She also reported that Schultz sometimes filmed the abuse.

A spokesman for the church called the allegations a "complete shock," though NewsOK reported the church was aware of Schultz' history as a sex offender when he joined.

"While (Schultz) led a small group Bible study on church doctrine, he was one of seven members who took turns teaching the class. The class was for adults only, but apparently some participated in the class before they were eighteen," Calvary spokesman Jason Sharp told the paper. "(Schultz) was never in any paid, employee relationship with the church. He (led) the discipleship class as a volunteer."

Before Schultz joined the church 19 years ago, Calvary in Del City had been informed by his previous church that Schultz was a convicted sex offender. But they told his current church he could be trusted and they should accept him.

Police believe there are more victims.