Oregon committee created by Ammon Bundy tells armed occupiers: 'Your point has been made -- now leave' 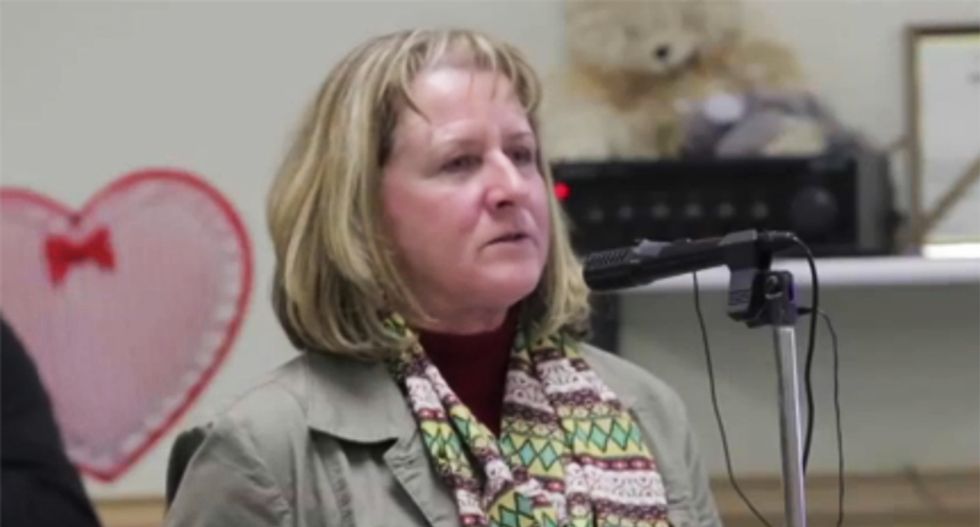 Saying they appreciated bringing attention to federal control of lands in their Oregon community, a spokesperson for the recently formed Harney County Committee of Safety asked the militants to give up their occupation of the Malheur National Wildlife Refuge and leave town.

According to the Oregonian, the committee -- previously affiliated with occupation leader Ammon Bundy -- held a townhall Friday evening where a draft letter was read to the packed house, that can be summed up as: "you made your point, now it's time for you to go home."

Previously Bundy has said that the occupiers would abide by the community's wishes, so it remains to be seen whether the occupation will end as it enters the completion of its first week.

Speaking for the Safety Committee, Melodi Molt read a the letter to be given to the occupiers that took pains to commend them for "shining a light on the Hammond case here in Harney County."

"Your actions have created a national focus on the Hammonds and other issues here and across the West that have created mutual distrust, anger and unrest between the people of the land and the federal government," Molt read. "We thank you for stirring us to action."

With that in mind, Molt criticized the group, saying that the committee members "were very upset that you chose to take the aggressive action of occupying the refuge and did it without our knowledge or any local approval, and in a fashion that has created huge distrust and loss of credibility of and for us as a group and as residents within the community."

"We approved of most of your message but disapprove of your unilateral methods of occupation," she continued.

"We ask that you organize your people, explain that your point has been made and leave in a peaceful and honorable fashion," Molt continued, to loud applause from the assembled locals.

According to the Oregonian, no one officially representing the occupiers attended the meeting although militia members are free to come and go from the occupied bird refuge.

Watch the video below from the Oregonian: