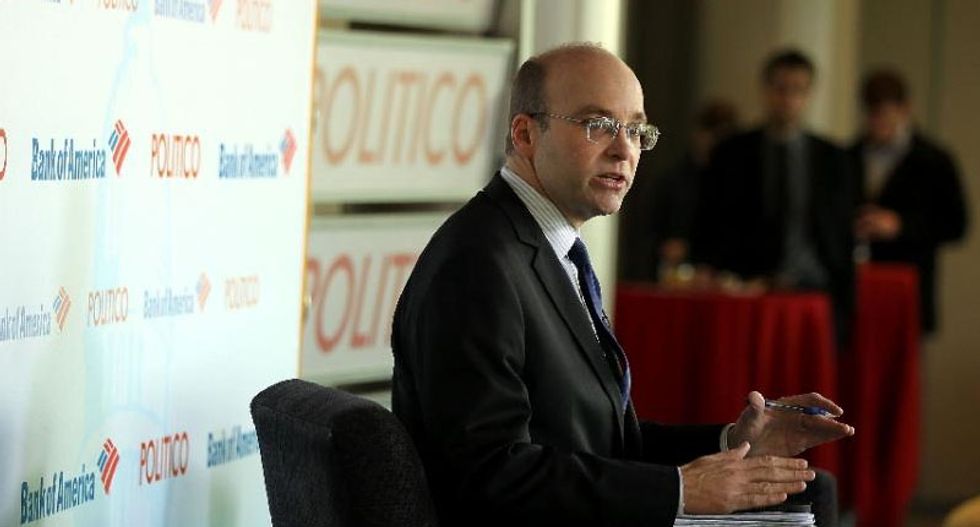 The top editor and other key staff at Politico will depart the Washington-based media group as it prepares to celebrate its 10th anniversary and expand internationally.

One of those departing is Jim VandeHei, CEO and co-founder of the group which has made an impact on political journalism and has since expanded to Europe.

The departures, most of which will come after the 2016 US elections, were announced in a memo to staff Thursday by publisher Robert Allbritton.

"These transitions make perfect sense for the publication, coming a decade (almost to the day) after I recruited them to join this cause," Allbritton said in the memo.

"Jim in particular began signaling to me some years ago that he hoped the next stop in his career would be to once again start a new venture."

Allbritton said he had asked John Harris to take on the title of publisher in addition to editor in chief.

"The goal during this transition is to never lose touch with the magic embedded in the Politico brand," the memo said.

"With this additional role, I am asking him to help lead us once more in building a Politico that will be much bigger than we know today -- one that spans the country, spans oceans, and spans languages."

Harris and VandeHei walked out of Washington Post jobs to launch Politico as a digital media outlet in 2007.

Politico came to prominence on the back of the dramatic fight between then-Senator Barack Obama and former first lady Hillary Clinton for the US presidency.

In 2015 it expanded into Europe via the takeover of Brussels-based weekly the European Voice. Politico teamed with giant German publisher Axel Springer to put $10 million (8.0 million euros) into the new venture, which was rebranded Politico.EU.