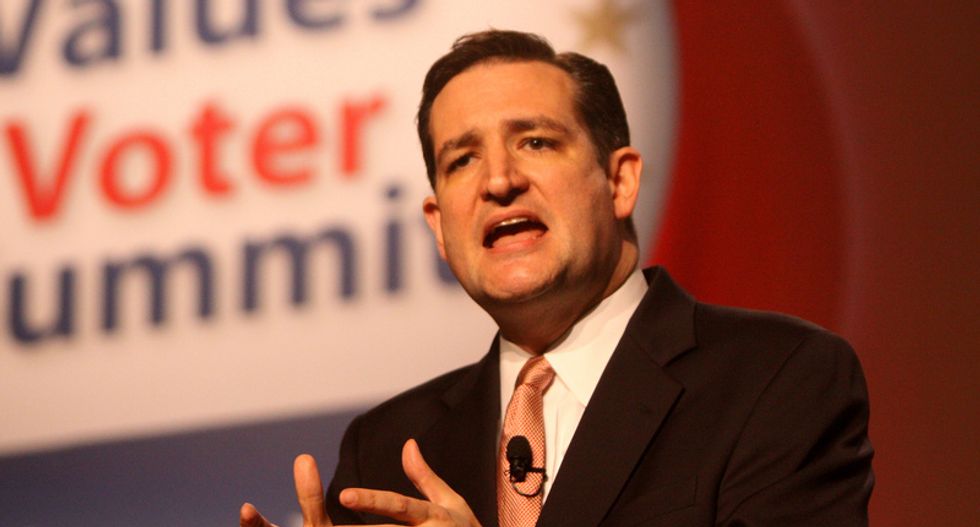 Let’s call it the non-denial denial. Some Republican presidential candidates are beginning to peer out from behind the wall of climate denial that has defined the party as long as Barack Obama has been in the White House. Finally, it seems, the most open expressions of climate denial – such as dismissing long-established scientific fact – may be seen as a bit retrograde, and possibly embarrassing, even by some who are looking for votes from an increasingly rightwing Republican party.

In response to a rare question about climate change in Thursday night’s Republican debate, Marco Rubio offered up an answer that was rarer still in the 2016 campaign. He did not reduce climate change to a punchline or bash the science underlying climate change, as Ted Cruz and Donald Trump have been doing throughout the primary.

Rubio spoke instead about policies for fighting climate change – in his case his opposition to cap and trade in his home state of Florida.

“The market will work faster. There’s someone in a garage somewhere, parochially I hope it’s in Miami, that’s going to have a clue, to have an answer to this,” Bush said.

The fact that both candidates were operating under the assumption that climate change even exists might seem like progress of a sort. As Obama noted last month, the Republican party is the only major party in the advanced world that denies climate change.

In many cases, they still are. In the undercard debate on Thursday night, Carly Fiorina dismissed climate change as a silly Democratic party distraction from real security threats. Rubio and Bush openly expressed doubt about the existence of manmade climate change earlier in the campaign. Bush butted heads with the pope . Rubio made his now infamous remark that “ America is not a planet” .

But there are signs of a shift. The Republican-dominated Congress voted by significant margins in December to extend tax credits for wind and solar power , a decision expected to lead to a boom in renewable energy. This week Republicans and Democrats joined forces on an energy reform bill, the first such bipartisan measure in more than eight years.

The White House believes the combination of constant ridicule from Obama and other Democratic leaders and “facts on the ground”, in the form of the clean power plan and other policies enacted through the use of executive authority, will force the next president to deal with climate change, even if a Republican wins the November election.

Related: There is a new form of climate denialism to look out for – so don't celebrate yet | Naomi Oreskes

“The next president will not be inclined to be able to [scrap the plan] whether he or she wants to change it,” Denis McDonough, Obama’s chief of staff, told a forum celebrating the Pulitzer Prizes at the Washington Post on Friday.

But mere acknowledgement of the existence of climate change is not enough. Neither Rubio nor Bush came forward to say what they would do to fight climate change. Their response to a gathering danger acknowledged by the Pentagon, 196 world leaders at the Paris climate summit and, yes, scientists, was merely to express opposition to the Democratic policy prescriptions already out there. Do they have no policy ideas? Would they leave climate solutions entirely to the market? That’s a huge oversight.

And given the abundance of evidence all around us about the dangers of climate change – extreme sea level rise in the Bush and Rubio home state of Florida, the public health emergency of the Zika virus, the climate-fuelled drought in California and super-sized blizzards in the north-east, just to name a few examples – such oversight by candidates is really just another kind of denial.