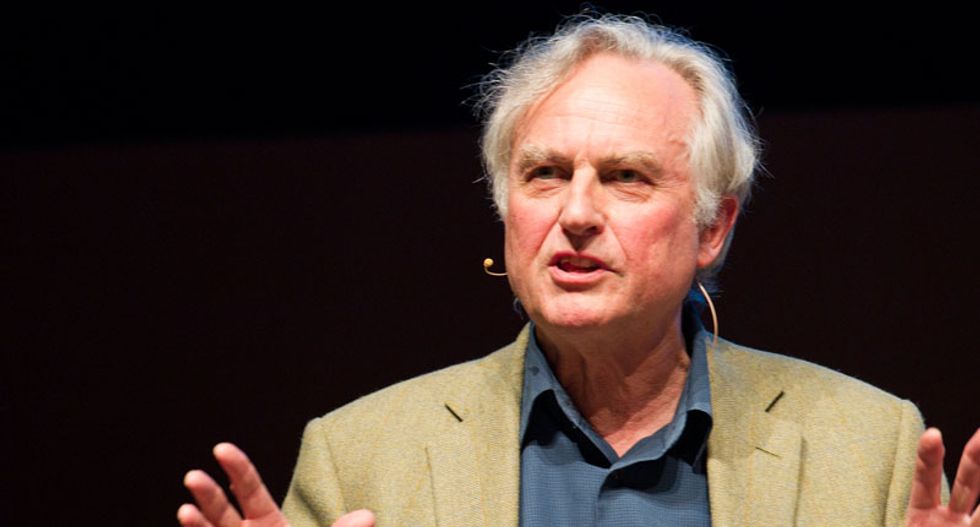 Richard Dawkins took his strident brand of Islamophobia to new heights this week when he released a tweet praising Queen Rania Al-Abdullah of Jordan as a “good Muslim” for how she speaks, dresses, and wears her hair.

The evolutionary biologist, writer, and champion of so-called New Atheism deleted his tweet soon after posting it on Monday, but not before a social media user preserved it for Internet posterity. This is not the first time that Dawkins has made bigoted statements about Islam or weighed in on what it means to be a “good girl.” The prominent figure has been called an imperialist chauvinist, a neo-Orientialist, and simply vulgar for issuing declarations like the following:

For me, the horror of Hitler is matched by bafflement at the ovine stupidity of his followers. Increasingly feel the same about Islamism.
— Richard Dawkins (@Richard Dawkins) 1408517419.0

What’s more, Dawkins has been slammed by Muslim feminists for disrespecting and undermining them.

In fact, there are even signs that Dawkins is infuriating and alienating some New Atheists, whose other controversial thought leaders include Sam Harris—an open defender of racial profiling.

But what makes Dawkins’ latest tweet particularly notable is his own 2013 memoir, Appetite for Wonder, The Making of a Scientist. Dawkins' musings on his colonial upbringing in then-Nyasaland, now Malawi, provide some insight into who he considers a "good" subject.

“We always had a cook, a gardener and several other servants… Tea was served on the lawn, with beautiful silver teapot and hot-water jug, and a milk jug under a dainty muslin cover weighted down with periwinkle shells sewn around the edges,” he wrote, going on to praise the head servant Ali who “loyally accompanied the family.”

“Loyal servants turn up at several points in Dawkins’s progress through life,” John Gray noted in a review published in 2014 in New Republic. “The tone of indulgent superiority is telling. Dawkins is ready to smile on those he regards as beneath him as long as it is clear who is on top.”