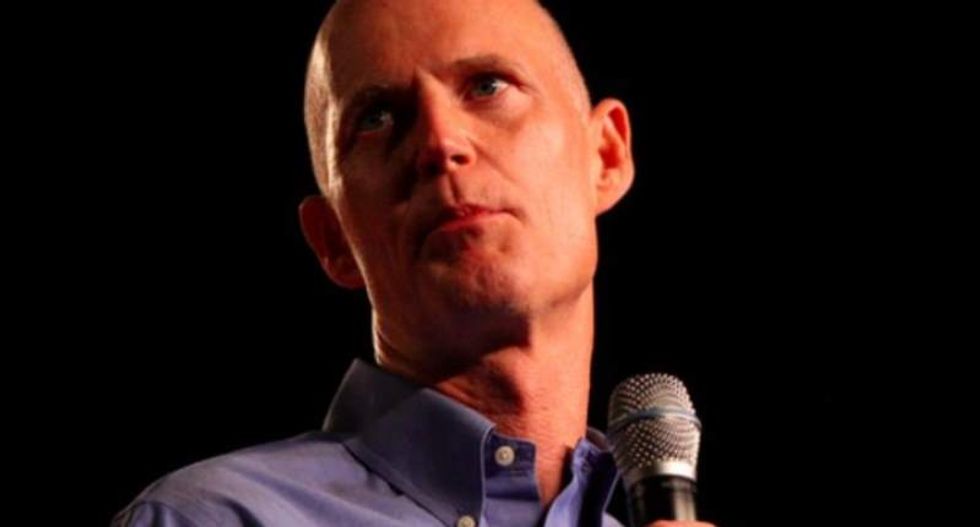 Florida Gov. Rick Scott's (R) administration was accused of eliminating health standards related to childrens' heart surgery only after a hospital chain failing to meet them donated $200,000 to state Republicans.

Officials with the state Department of Health said that the guidelines, which had been followed for nearly 40 years, were done away with because state legislators never signed off on them.

"Our number one priority is the health of all Floridians, especially children," spokeswoman Mara Gambineri said via email. "We fully support best practices and high standards of care at Florida's hospitals. As an executive branch agency, the department's authority is limited to those functions statutorily delegated by the Legislature."

However, the department did not mention why it did not ask lawmakers to ratify the existing standards.

The state did away with the surgery rules following a ruling last month by Administrative Law Judge John Van Laningham, who said parents opposing the move did not show it would hurt the quality of hospital care for their children. He called the idea that it would do so "a little insulting to the health care professionals who personally deliver those services."

The allegations center around Tenet Healthcare, which contributed $100,000 over a two-year period to Scott's political action committee, and another $100,000 to the state GOP during the same period.

The guidelines for treating children with heart conditions were scuttled less than three months after a CNN report found that one of its facilities, St. Mary's Medical Center in West Palm Beach, had a 12.5 percent death rate for open heart surgeries on children and babies between 2011 and 2013. By comparison, the Society for Thoracic Surgeons calculates that the national death rate in those procedures is 3.3 percent. Executives with the hospital refused to discuss the issue with the network.

Representatives for both Scott's office and Tenet have denied discussing the elimination of the guidelines.

"Our opinion was not sought on the standards nor have we expressed a position on the possible repeal of the standards or the role of the Cardiac Technical Advisory Panel," Tenet spokesperson Shelly Weiss Friedberg said.

But Nykannen and several other pediatric doctors around the state -- including members of the panel, which is comprised of pediatricians, pediatric cardiologists and cardiothoracic surgeons -- have expressed skepticism.

"If someone is contributing at that level, obviously they have to have some influence," he said. "If Tenet Healthcare contributed so much money, you'd think they have the ear of the governor and the politicians."