Bernie Sanders calls for resignation of Michigan governor: 'The people of Flint deserve more than an apology' 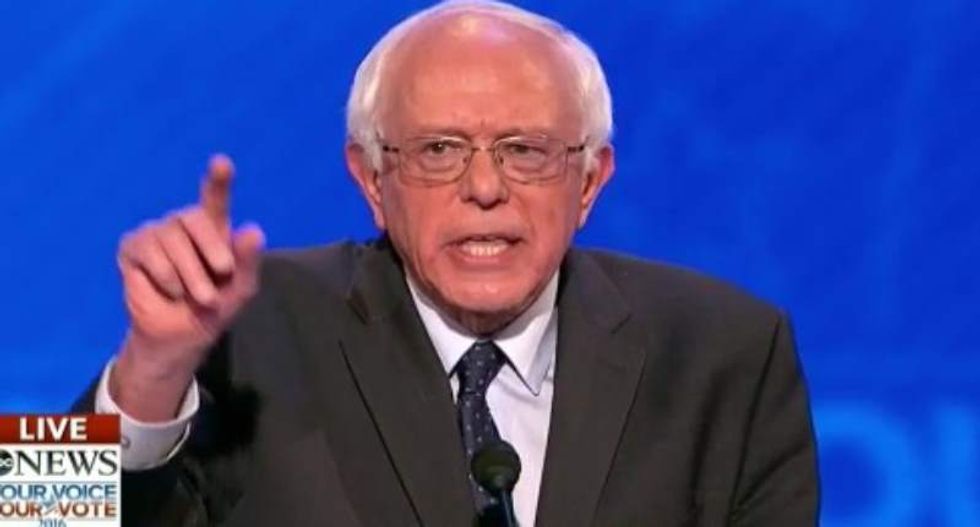 Bernie Sanders has called for the governor of Michigan to resign over the lead poisoning crisis that has hit the water supply of the city of Flint, saying on Saturday Rick Snyder has “no excuses” for the the disaster.

“The governor long ago knew about the lead in Flint’s water,” the Vermont senator said in a statement issued by his campaign. “He did nothing. As a result, hundreds of children were poisoned. Thousands may have been exposed to potential brain damage from lead. Gov[ernor] Snyder should resign.”

In April 2014, as a cost-saving measure, the city of Flint switched its main water source from Lake Huron to the Flint river. Despite reports of problems with the water from sources including General Motors, which stopped using it, residents were advised by state officials to “relax” and continue to drink it.

Water from the Flint river has been linked to increased lead levels in children’s blood; E coli bacteria has also been found in such water. A spike in cases of Legionnaires’ disease has also been reported, though not conclusively linked to river water.

After the declaration of a public emergency in October, Snyder – who was once seen as a possible presidential contender – acknowledged mistakes had been made in the transition to the Flint River.

Nonetheless, he has defended the handling of the crisis and rejected calls to resign. This week he told Time magazine: “As soon as I became aware of elevated lead levels in blood, we took action.”

The 100,000 people who live in Flint, a post-industrial city whose precipitous decline was made famous by the film-maker Michael Moore, remain dependent on bottled water handed out by the national guard.

Snyder, who is one of the subjects of a federal lawsuit from residents, said in December he was “very sorry” for the water crisis. After an internal investigation, two state officials resigned. In January, Snyder declared a state of emergency, and sought help from the White House.

In his statement on Saturday, Sanders said: “Because of the conduct by Gov[ernor] Snyder’s administration and his refusal to take responsibility, families will suffer from lead poisoning for the rest of their lives.

“Children in Flint will be plagued with brain damage and other health problems. The people of Flint deserve more than an apology.”