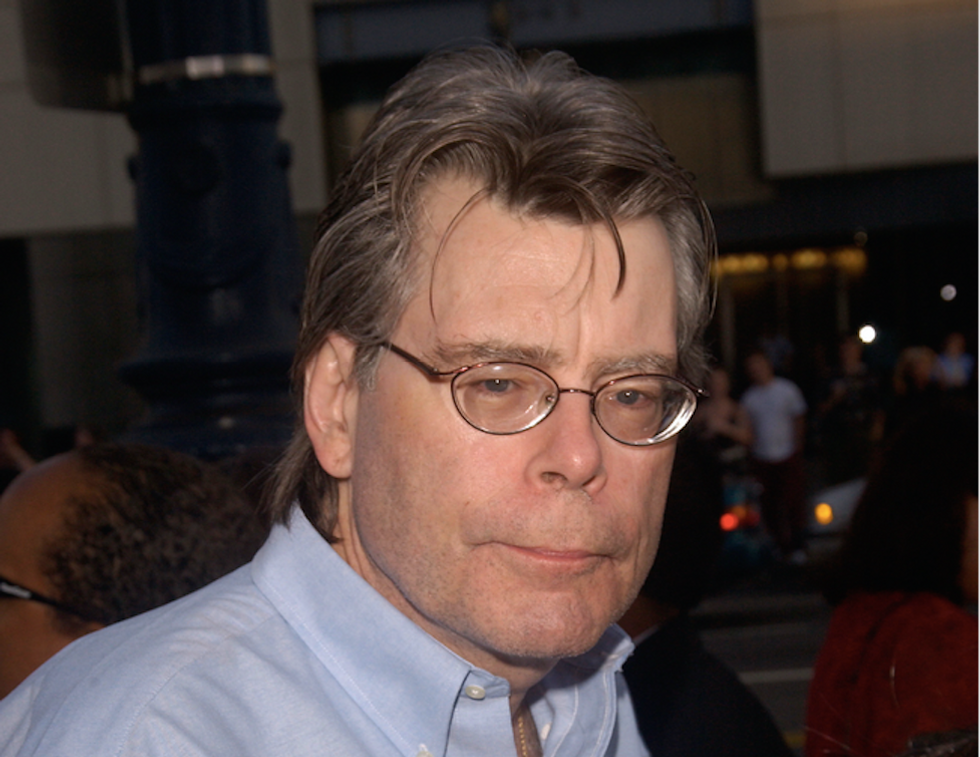 Author Stephen King has made it plain that he is no fan of Maine's Tea Party Gov. Paul LePage (R) nor the governor's pro-business, anti-working class policies.

On Friday, the Bangor Daily News said, King smacked down remarks LePage made regarding drug trafficking in the state.

"The traffickers -- these aren't people who take drugs," LePage said in a speech last week. "These are guys by the name D-Money, Smoothie, Shifty. These type of guys that come from Connecticut and New York. They come up here, they sell their heroin, then they go back home. Incidentally, half the time they impregnate a young, white girl before they leave. Which is the real sad thing, because then we have another issue that we have to deal with down the road."

King took to Twitter to respond to the governor's remarks.

One must admit LePage has elevated assholery to a level far past the extraordinary and into a rarified sphere that might be termed divine.
— Stephen King (@Stephen King)1452282268.0

In the past, King has dinged LePage on multiple occasions, saying, "I thought I was supposed to write the horror stories." King has also called LePage out for false claims regarding the King family, calling the governor "full of shit."