Tearful militant discovers friend drank away donation money: 'It's like finding out there is no such thing as Santa' 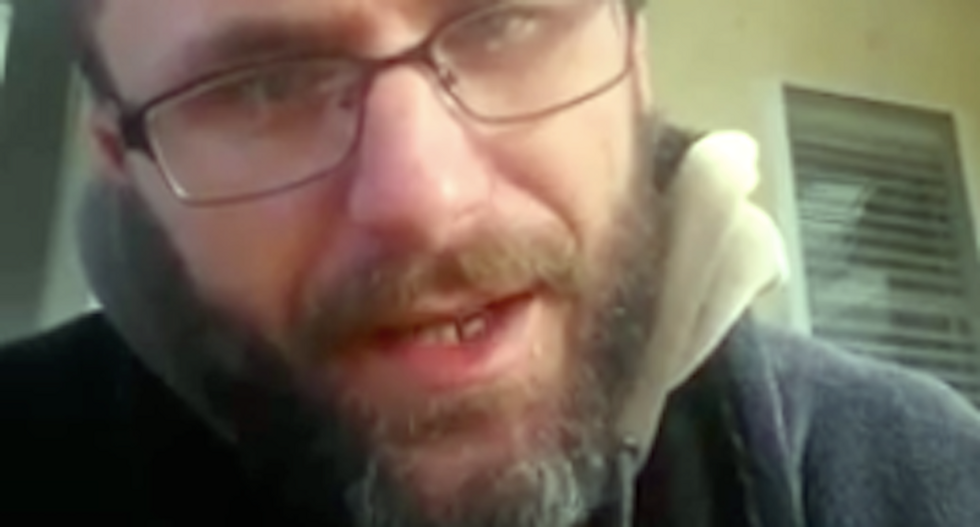 A heartbroken militiaman announced that one of his buddies had walked off the Oregon nature preserve they had overtaken and had holed up in a local motel to drink away donation money.

Joe Oshaugnessy, an Arizona militiaman, has been actively seeking volunteers through social media to join the occupation of Malheur National Wildlife Refuge.

But his friends tearfully announced that Oshaugnessy, who is known as "Capt. O," had left the refuge Wednesday and was instead staying at a motel nearby -- as some others associated with the militants have apparently been doing, according to sources.

Some of the militants have reportedly been spotted eating at area restaurants during the standoff, as well.

The militants have been allowed to come and go freely from the nature preserve in the absence of a law enforcement presence, but at least one of them, Brian "Booda" Cavalier, failed to return after a newspaper report revealed he had lied about serving in the U.S. Marines.

Oshaugnessy had apparently argued with some of the participants about the presence of women and children at the wildlife refuge, where militants apparently hoped to draw federal agents into a gun battle.

Jon Ritzheimer, the Arizona militiaman known for organizing anti-Muslim rallies and fundraising through his "Rogue Infidel" site, went to see Oshaugnessy at the motel and found him drinking there, according to Maureen Peltier, a disabled National Guard woman who claims to be the group's official spokeswoman.

Peltier said Ritzheimer had confirmed that Oshaugnessy had kept the money he had raised through social media for himself and had spent at least some of it on a drinking binge.

"Ritzheimer did call me -- he's f*cking pissed, he's mad, he's upset," Irvin said. "He told me to tell all of you that Joe Oshaugnessy is a deserter and a coward."

Irvin said the militants felt betrayed by Oshaugnessy, who had taken part like many of them in the 2014 standoff at the Bundy ranch -- where various factions within the right-wing "patriot" movement also squabbled.

"It's like finding out there is no such thing as Santa," Irvin said. "Come on, man."

Oshaungnessy, meanwhile, wrote on Facebook that a "smear campaign" had been launched against him.

"Because I have been vocal about not supporting the actions taken by the individuals inside the compound apparently they have desired to launch a smear Campaign against me," he wrote on his profile page. "Even though I am one of the only Patriots on the outside doing everything I can to try and prevent this from turning into another Wako [sic] And making sure to protect the safety of all involved. To what I say my reputation is sterling."

(This story has been updated)