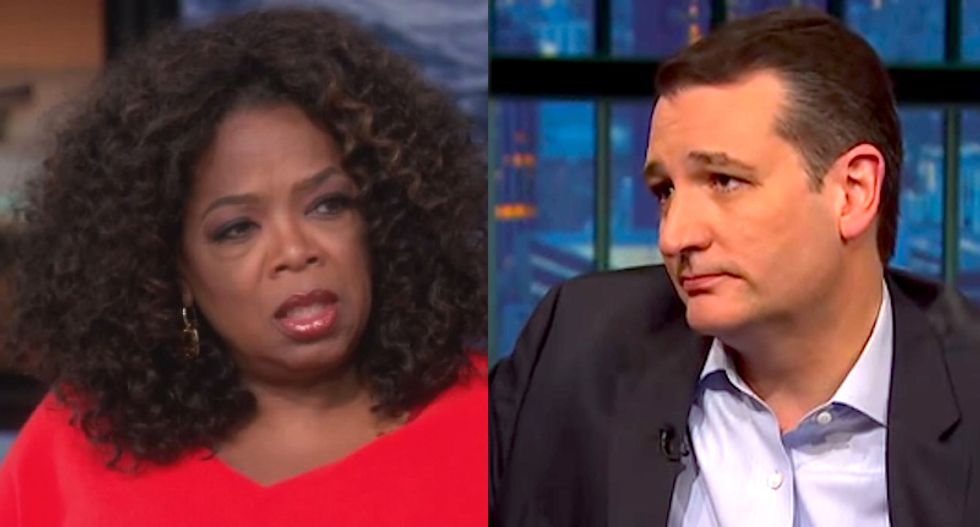 Surging 2016 GOP presidential candidate Ted Cruz scored another coup of sorts after his campaign announced the endorsement of the founder of a Kansas City church who previously expressed fears that former talk show host Oprah Winfrey is a forerunner of the return of the Antichrist.

According to Right Wing Watch,  Cruz announced that Mike Bickle, Founder and Director of the International House of Prayer Kansas City, has thrown his support behind the Texas senator.

“Our nation is in a great crisis in this hour,” Bickle said. “We need a president who will first be faithful to honor God’s Word. We need a president who will work to defend religious liberty, uphold our Constitution, keep our country safe and our economy sound, and speak truth to the nation. We have been praying for righteous leaders, and Ted Cruz is such a leader. I am enthusiastically endorsing Ted Cruz.”

Bickle oversees several ministries and a school also bearing the IHOPKC name where students are taught about the word of God along with lessons on what to watch for as the end times approach.

Bickle has stated that gay marriage is "rooted in the depths of hell," and that homosexuality "opens the door to the demonic realm." The evangelical pastor has also focused on Winfrey as a forerunner of the Antichrist, saying she is of the "Harlot Movement" that will seduce the masses with "humanitarian projects" and "acts of compassion for all the wrong reasons"

Watch video of Bickle talking about Oprah below, via Right Wing Watch: