Televangelist Jim Bakker: Extreme weather patterns are the 'spirit of ISIS' in America 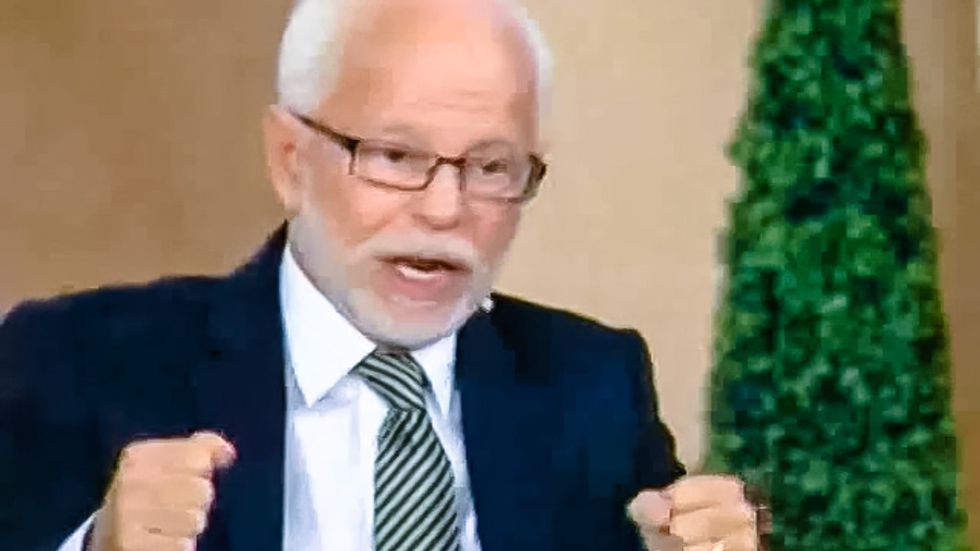 Pastor Jim Bakker revealed on his Monday TV program that extreme weather plaguing the United States in recent months was the "spirit of ISIS."

While discussing on what God had in store for 2016, Bakker explained that the Lord told him that people needed to "wake up" and realize that extreme weather patterns -- like floods, wildfires, record warm temperatures and unusually strong blizzards -- were a "warning from God."

Bakker said that extreme weather over the Christmas holiday proved that the Four Horsemen of the Apocalypse were "out of the barn."

"The white horse of the antichrist spirit, the ISIS spirit, it's there but we don't know it!" he exclaimed.

"And that antichrist spirit is not only the ISIS spirit and the Islamic radicals," co-host Rick Wiles chimed in. "But it's the God haters in society that are coming out of the closet and openly saying they detest Jesus Christ, they hate Christianity."

Bakker concluded that the situation was "beyond comprehension."