Top Trump official defends call for 'pure breed' president: Obama is a 'half-breed' and so am I 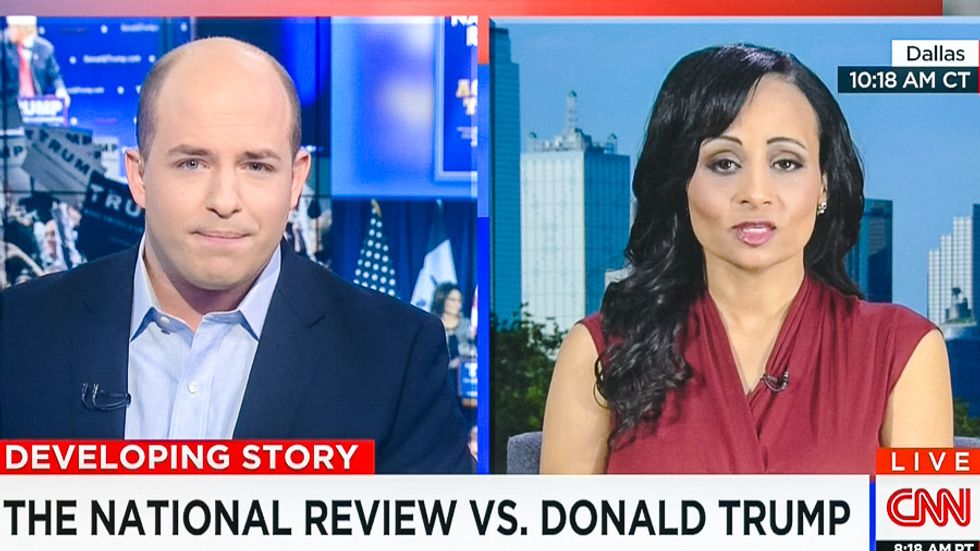 Katrina Pierson, the national spokesperson for Donald Trump's presidential campaign, on Sunday defended her call for a "pure breed" president by arguing that she was a "half-breed" like President Barack Obama.

In 2012, Pierson had complained that both then-GOP nominee Mitt Romney and Obama were not "pure breeds" because their fathers had not been born in the United States. She has also quipped on Twitter that Obama was refusing to help the black community even though he was the "head Negro in charge."

On Sunday, Pierson told CNN's Brian Stelter that "even minorities and women" were supporting Trump.

Stelter reminded Pierson that she had griped that Obama was not a "pure breed."

"No, not at all," she replied. "These tweets -- I'm an activist and I am a half-breed. I'm always getting called a half-breed. And on Twitter when you're fighting with liberals and even establishment, you go back at them in the same silliness they are giving you."

"So, I myself am a half-breed," Pierson added. "We have entered silly season. Donald Trump is up in the polls. There's desperate campaigns out there, they can't take him down so they try to take down the people that are around him. And we're just not going to get distracted by all that nonsense."

Watch the video below from CNN's Reliable Sources, broadcast Jan. 24, 2016.