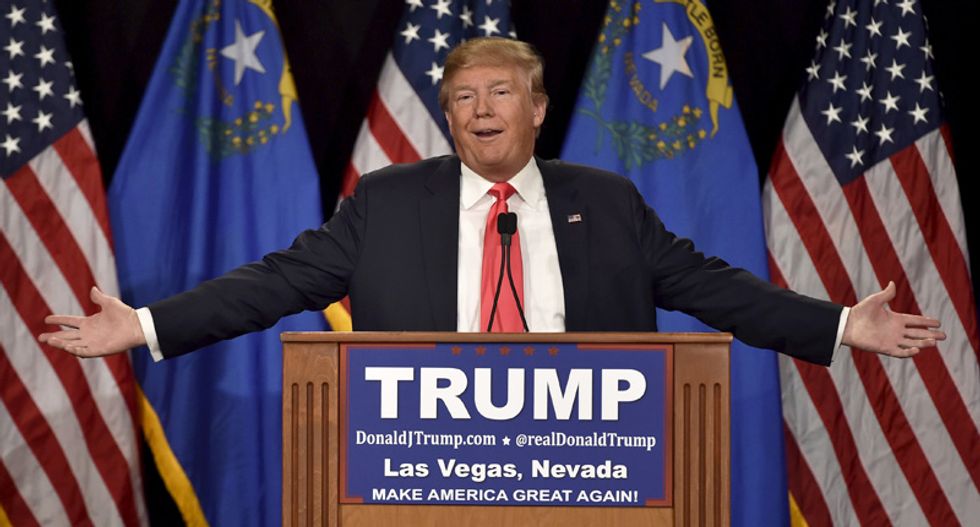 Republican front-runner candidate Donald Trump has a big lead in the race for the 2016 presidential nomination nationally, swamping his opponents with a 40.6 percent share of those surveyed, a Reuters-Ipsos tracking poll found on Friday.

The survey of 582 respondents found Trump with a higher percentage of the vote than his next four challengers combined, with Texas Senator Ted Cruz drawing 10.5 percent, retired neurosurgeon Ben Carson with 9.7 percent, former Florida Governor Jeb Bush at 9.2 percent and Florida Senator Marco Rubio with 7.2 percent.

In a hypothetical matchup between Democratic front-runner Hillary Clinton and Trump, Clinton holds a statistically insignificant lead of 41.4 percent to 40.8 percent.

Trump has been leading national polls of Republican voters for months. He also holds a lead in some polls in the early voting states of Iowa and New Hampshire with the Iowa caucuses just days away on Feb. 1.

A separate Reuters-Ipsos poll on Friday found the U.S. economy re-emerging as a major concern for voters. Economic concerns had taken a back seat to fears of terrorism after last year's Islamic State attacks in Paris.

The survey of 1,614 respondents found terrorism a top concern at 20.3 percent, but the U.S. economy close behind at 18.2 percent.