Trump toys with reversal on marriage equality: I'd appoint judges who would overturn it 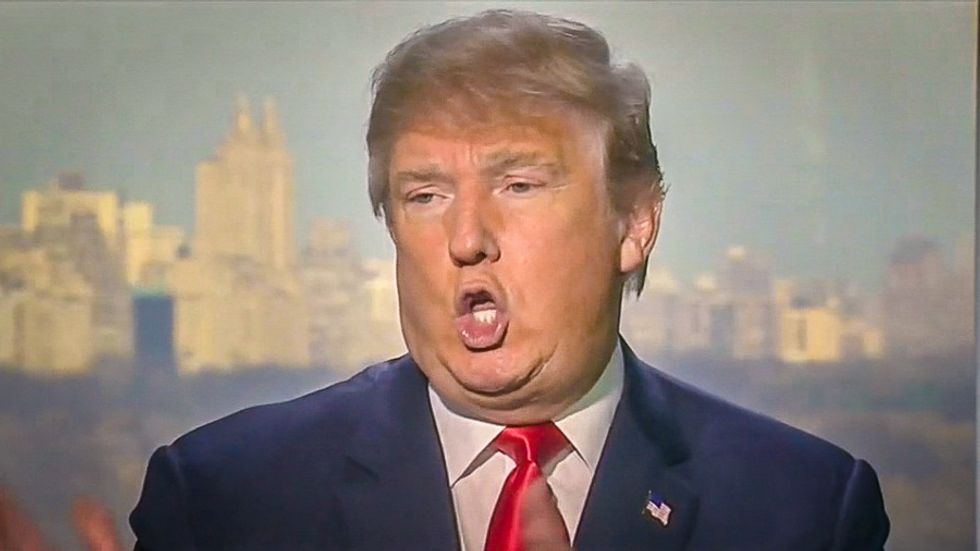 In an interview with Fox News Sunday this week, Republican 2016 frontrunner Donald Trump told host Chris Wallace that he would consider appointing judges to the U.S. Supreme Court who would overturn the court's historic 2015 Obergefell v. Hodges case, which legalized same-sex marriage in all 50 states.

Politico quoted Trump as saying, "It has been ruled upon. It has been there. If I’m elected I would be very strong in putting certain judges on the bench that maybe could change things, but they have a long way to go. I disagree with the court in that it should have been a states' rights issue."

When Wallace pressed Trump, asking whether he would specifically choose justices who are dedicated to overturning Obergefell, Trump replied, "I would strongly consider that, yes."

This directly contradicts previous statements that the billionaire real estate mogul and erstwhile reality TV star made regarding same-sex marriage.

Last year he said that the fight to overturn Obergefell is a "dead issue," that conservatives should save their fire for other cultural and economic problems.

Because of his insufficiently hostile view of the issue of marriage equality, the anti-LGBT group the National Organization for Marriage (NOM) has endorsed his nearest rival, Texas Tea Party Sen. Ted Cruz (R) for the GOP nomination.

NOM president Brian Brown wrote in a blog post that for Trump to decline to fight same-sex marriage on the grounds that it's a settled law would be like declining to fight slavery because of the Supreme Court's Dredd Scott decision.

"The incontrovertible record demonstrates that Ted Cruz will be a champion for marriage while Donald Trump has abandoned the fight to preserve marriage as the union of one man and one woman,” wrote Brown.

Politico painted Trump's veer to the right on marriage equality as a studied bit of political calculus ahead of Monday's Iowa caucuses "after a Des Moines Register/Bloomberg Politics poll showed him leading the race by 5 percentage points."