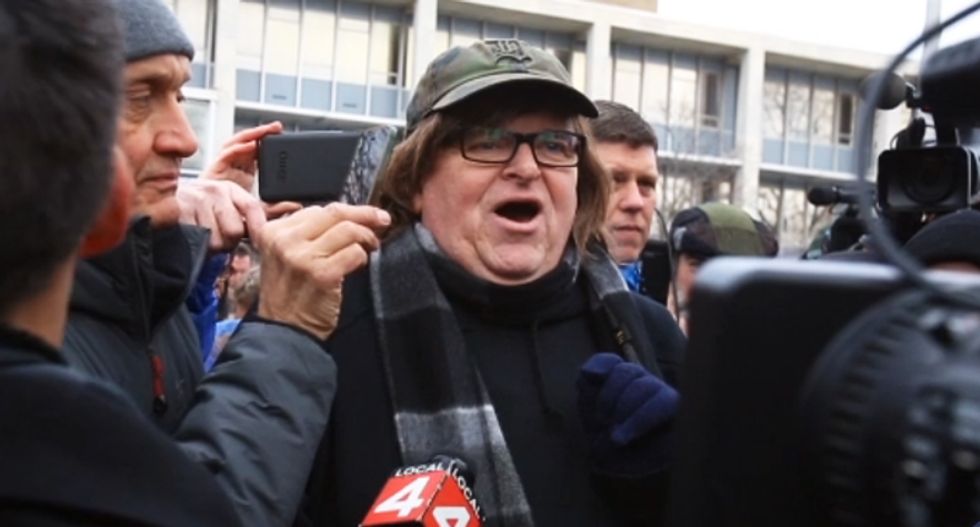 Filmmaker and Flint, Michigan native son Michael Moore ripped into Gov. Rick Snyder (R) and other GOP lawmakers, saying they were responsible for "killing" 10 Flint residents and intentionally poisoning thousands of others by ignoring the water problems in the predominately minority city.

Speaking to reporters, Moore said he wanted to emphasize the word "killing," reports the Free Press.

“This is not a mistake,” Moore explained. “Ten people have been killed here because of a political decision. They did this. They knew."

According to Moore, the decision to provide citizens of the city with polluted water from the Flint River was made as a cost-cutting move while the city was under the control of a state-appointed emergency manager. Failure by the state Department of Environmental Quality to require the addition of corrosion control chemicals to the water caused lead -- which can cause brain damage and other health problems in children -- to leach into the water from pipes and fixtures.

"We need to start using the proper words when we talk about this," Moore stated. "Ten people have been killed in Flint because of Legionnaire's disease now that has broken out here. And I want the media to please use the word 'kill.' If it was ten people killed in a tornado, you'd say 'ten people killed.'"

Moore went on to blame the deaths on "political decisions," that "put at risk the lives of people in a city that is majority African-American, where 41 percent live below the official poverty line."

"It's a crisis created by the Republican governor and is visited upon a city that is majority black and majority poor," Moore said.

Watch the video below from the Detroit Free Press: