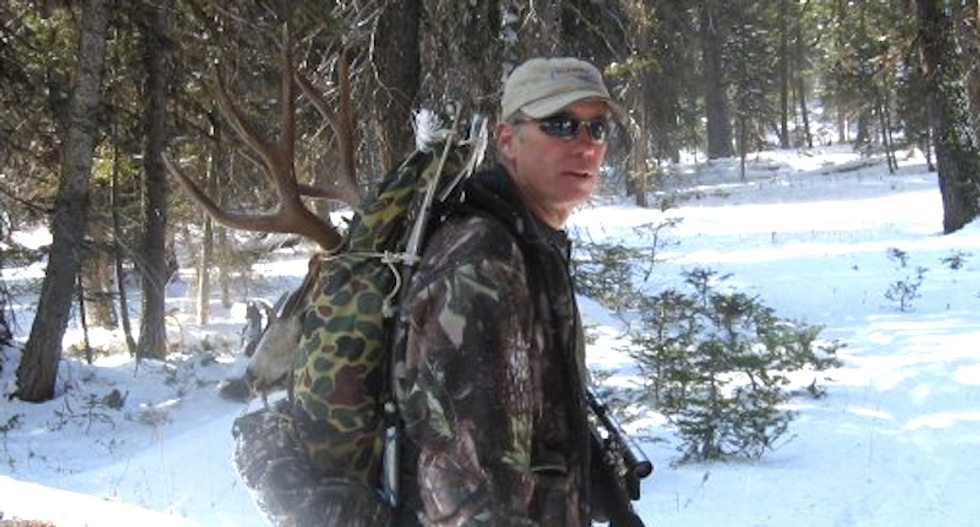 The armed militants who have taken over an Oregon wildlife refuge appear to be moving toward "indicting" county officials who they say mocked them by threatening to impose a $70,000-a-day bill for their ongoing occupation.

Ammon Bundy said a bogus "grand jury" set up by the militants had served notices of intent Wednesday to various Harney County officials who had refused to support their armed takeover of the Malheur National Wildlife Preserve.

The militant leader suggested that Judge Steven Grasty, the chief elected county official, should be arrested for treason because he made fun of the out-of-state militia members who are trying to overthrow the county government and demanding that federal lands be turned over to their control.

"It appears that he must be trying to hide something because he's getting very belligerent towards the Committee of Safety and, of course, towards us," Bundy said.

The militant leader complained that Grasty would not allow the Committee of Safety, which is made up of six local residents selected by Bundy himself as a shadow government, to hold a meeting Friday evening on county property.

"He's completely biased, he's also threatened the Committee of Safety, he's intimidated them, he's tried to belittle them and really acting strange," Bundy said, with a copy of the U.S. Constitution conspicuously poking out of his shirt pocket.

Chris Briels, the county's volunteer fire chief, resigned his unpaid post after Grasty asked him to step down from the unelected Committee of Safety.

Grasty has been strongly critical of the militants -- who he calls "armed thugs" -- and their plot to take over the county government, even as he complains about the same federal land use issues that drew the outsiders to Harney County.

The sheriff of neighboring Grant County claims he was unwittingly invited to a lunch meeting Wednesday with some of the militants -- who asked him to travel to Harney County and join their siege.

Grant County Sheriff Glenn Palmer, who is admired among the right-wing Oath Keepers gun group, said he would not undermine the authority of Harney County Sheriff David Ward -- but he also would not comply with his neighbor's lone request.

“About the only thing he really told me is I’m welcome to come down there if I would shame and humiliate them into giving up, and I said, ‘No, I won’t do that,’” Palmer said. “I’m not in the business of denouncing or shaming or humiliating anybody.”

Palmer said he would not join the militants in Harney County, but he urged the federal government to comply with the armed outsiders' demands.

“I believe the government is going to have to concede to something,” Palmer said. “I don’t think these guys are going to give up without knowing that they’ve done something that benefits the people of our country or our region.”

Grasty's counterpart, Grant County Court Judge Scott Myers, said the Harney County judge had warned him that militants might be trying to take over the government in that county, as well.

A self-appointed judge who will oversee the bogus legal proceedings against Harney County officials said the militants would likely repeat their tactics in other states -- and he admitted the group's goal was to overthrow the elected government and replace it with one they believe was more "constitutional."

"Ammon Bundy is not leaving until we have a lawful county government and the BLM and FBI are completely out of here," said Bruce Doucette, who calls himself a "United States at Superior Court Judge."

Doucette said he will oversee a "grand jury" made up of 25 community members who will meet in secret, but he said the results of their extralegal proceedings will be publicly released.

"Common law grand juries," which are based on nonsensical "sovereign citizen" legal theories, typically indict public officials on only one charge: treason -- for which the penalty is death.