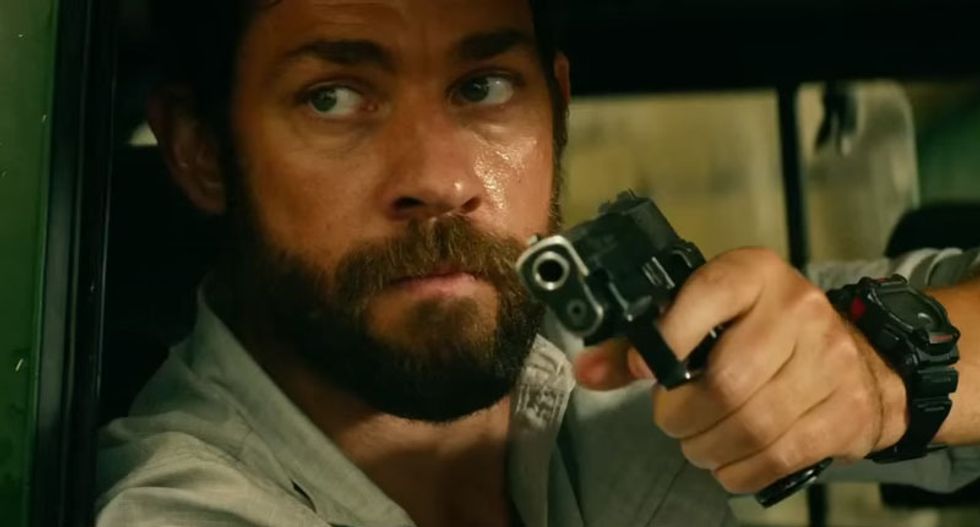 Bay’s film, which depicts the events of the deadly terrorist attack in Libya, has been criticized by an officer who says a main plot point never happened

Michael Bay has assured audiences that his Libyan-set military thriller 13 Hours: The Secret Soldiers of Benghazi is an accurate retelling of the events surrounding the terrorist attack in Benghazi in 2013, which resulted in the death of four people, including the US ambassador to Libya.

But according to the CIA officer in charge of the American intelligence agency’s top-secret Benghazi facility that night, one of the most important moments of the film is entirely wrong.

“There never was a stand-down order,” the officer – the former chief of the so-called Annex who identified himself as ‘Bob’ – told the Washington Post . “At no time did I ever second-guess that the team would depart.”

The scene in question features the fictionalized version of Bob ordering his security team to “stand down” rather than attempt to rescue the diplomat, then missing in the wake of an attack on the nearby American consulate. Not only was the stand-down order never given, Bob said, but nothing he said in the aftermath of the consulate siege could even be “interpreted as equivalent” to such an order.

“I thought I would regret it if I didn’t” speak out about the inaccuracies, Bob said. “So much of this information has been wrong.”

Although Bob has not yet seen the film, which is based on a book co-written by US contractors hired to protect the Annex, he said he was familiar with the contents of both the film and the book.

Despite Bay’s claims that 13 Hours has “ no political agenda ” beyond a faithful retelling of the events in Benghazi, studio sources told the Hollywood Reporter that the thriller is being marketed specifically to conservative audiences, including advertising and press in right-leaning media outlets and the choice of demographically friendly “red state” audiences for pre-release screenings. For example, lead actor John Krasinski gave an exclusive interview to the conservative Townhall.com, and television advertisements for the film ran multiple times during Thursday night’s Republican presidential primary debate on the Fox Business Network.

When asked how his film deals with the stand-down order – an anecdote that was debunked by the US Senate select committee on intelligence’s 15 January 2014 review of the attacks – Bay said said that his film is even-handed. “It does deal with the stand-down order, but I show both sides of the story,” Bay told the Hollywood Reporter . “I met with the CIA on this movie and I show the whole situation.”

According to Bay, the research he did into the lead-up to the attack and its aftermath was more comprehensive than anything cinema goers have seen in the news media. “You don’t hear it on the talking points on the news,” Bay continued. “This is a much more in-depth look at what’s going on inside that CIA base, and it shows it from both sides,” he said.