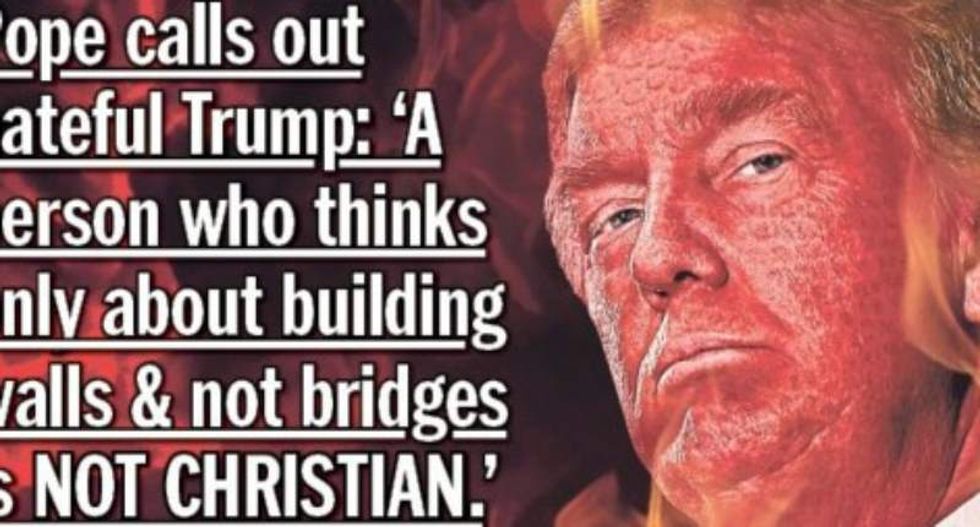 The newspaper revealed online that its Friday edition will feature an illustration of the real estate mogul made up to look demonic, bearing the headline "ANTICHRIST." The cover can be seen in full below:

Trump verbally attacked Pope Francis earlier in the day after the pontiff said he was "not Christian" because of his anti-immigrant campaign rhetoric.

Earlier this month, the newspaper hammered the GOP front-runner and his supporters in New Hampshire's party primary, calling them "zombies."