Battleground youth vote: These are the states and districts that millennials will matter most in 2016 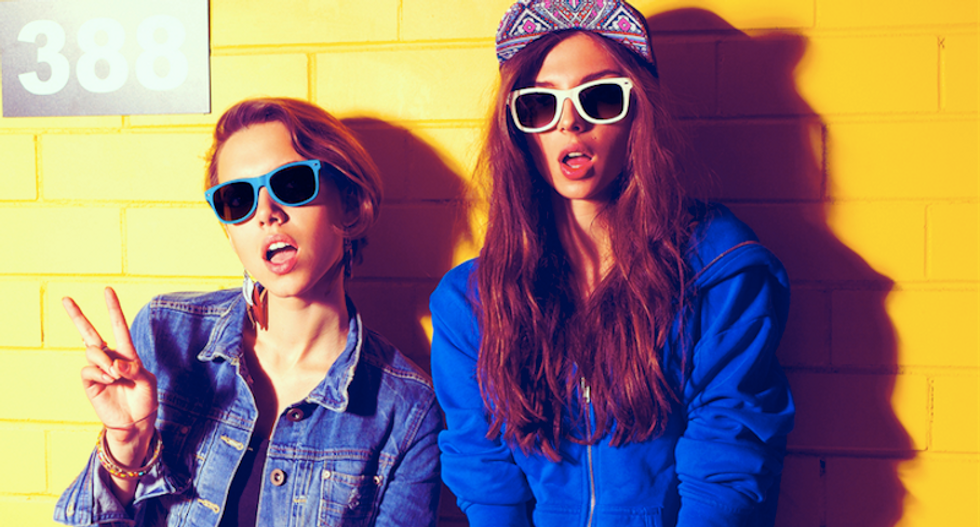 Monday's Iowa Caucus results showed that Senator Bernie Sanders won the youth vote overwhelmingly with 84 percent over former Secretary Hillary Clinton's 14 percent. But the most concerning thing about the caucus was that young voters didn't caucus for democrats the way they did in 2008. That year millennials caucused overwhelmingly for Democrats (52,580 people) over Republicans (12,650 people). This year that number was Democrats: 30,800 and Republicans: 22,415.

Friday, the Center for Information and Research on Civic Learning and Engagement (CIRCLE) released a report on which states will matter most for getting out the youth vote for the 2016 presidential race and for US Senate races as well as which Congressional districts. The Youth Electoral Significance Index (YESI), understandably, lists swing states that will matter most for the presidential election. Like any other group, every single voter will be important in these states, but the YESI has a numbered ranking indicating Iowa as one of the top states due to new online registration laws and the even spread between party affiliation. 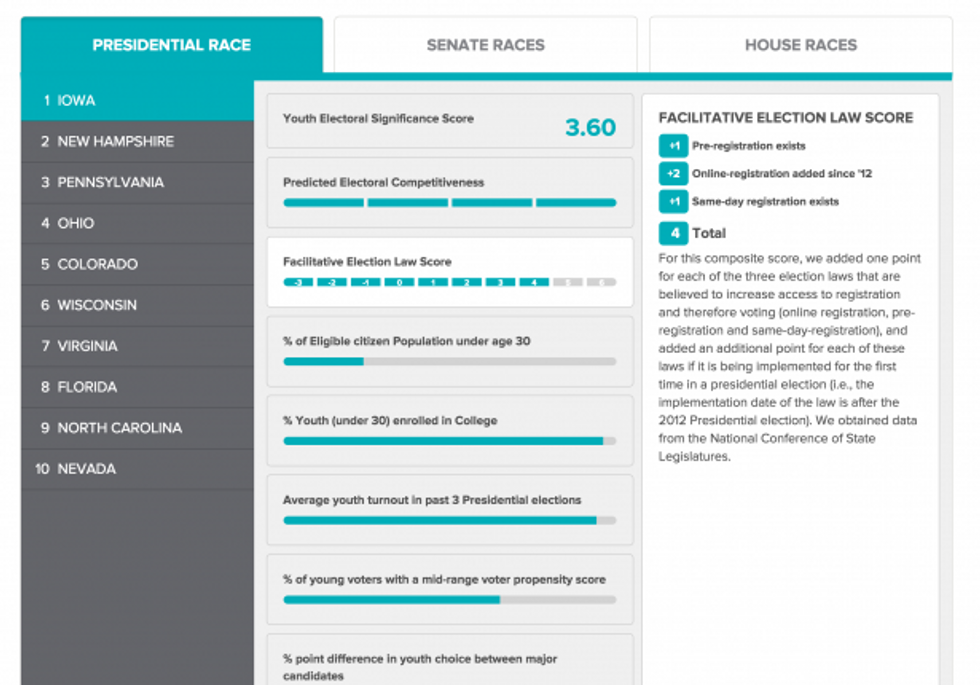 The YESI also has a Facilitative Election Law Score which outlines laws in place that can either help or hinder youth participation. North Carolina, for example, scores a negative two because pre-registration was repealed in 2012, there's no online voter registration and same-day registration also ended in 2012. These all create burdens on young voters who move around a lot and often don't have voter registration that matches their current address.

Youth in three Iowa districts (1, 2, and 3) along with young voters in Colorado-06 and Florida-07, are among the top ten states for potential impact in House races. If democrats in these districts incorporate young people into their phone banking and canvassing operations they stand a higher chance of getting out the vote for this critical demographic. For those with colleges and universities in the districts, doing dorm voter registration drives and canvassing with students speaking to their peers is one of the best ways to get young people engaged.

Check out this interview Chris Hayes did with state Representative Jefferson Smith from Oregon talking about how he has reached out to young voters and worked to get them to care about local elections: