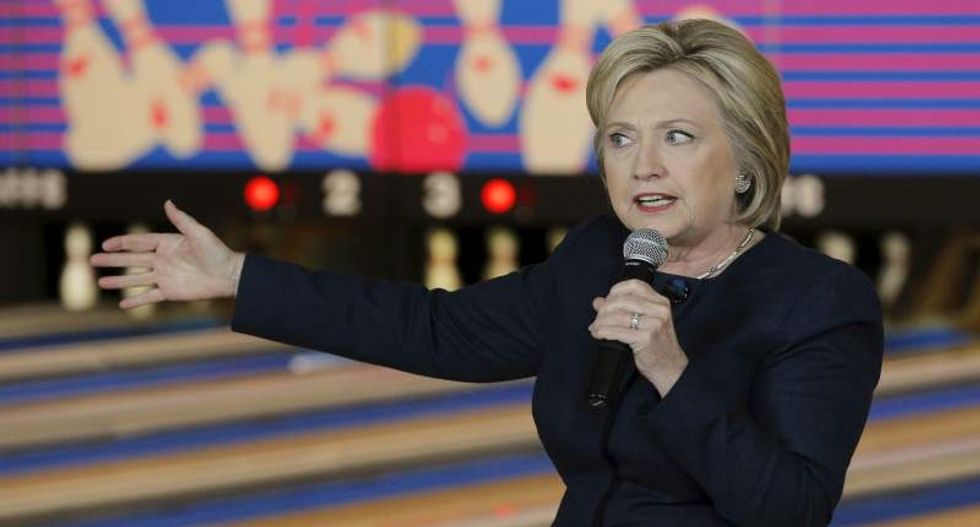 The day after the 2016 Iowa Caucus, everyone is talking about the unbelievable division between Senator Bernie Sanders and former Secretary Hillary Clinton with the youth vote. According to data from The Center for Information and Research on Civic Learning and Engagement (CIRCLE), young voters didn't just support Sanders; they supported him overwhelmingly, to the tune of 84 percent over Clinton's 14 percent. But compare that number to 2008 when then Senator Obama got 57 percent. Sanders blew Obama out of the water with an incredible disparity of support among the millennial generation.

These are staggering numbers for the Sanders campaign and should be a major wake-up call for the Clinton campaign's youth outreach efforts -- one that you would think her campaign would have heeded as far back as 2008.

In that race, the contrast in support between Clinton and then-fellow Sen. Barack Obama was stark. But it wasn't hard to understand why. Mark Penn, Clinton's chief operative at the time, was captured in the Des Moines Register missing the boat on the youth vote:

One of the major things the Obama campaign had to do in that election was increase the number of caucus participants and despite protests from the Clinton campaign, they did so with students and young voters. It seems her campaign has never really quite had the knack at reaching out to young people.

Other than Clinton's problems, there's one statistic no one is talking about: the disparity between the percentage of young voters that caucused with Democrats and those who caucused with Republicans.

The shift in the disparity between those numbers should trouble the Democratic Party. Excluding the Obama campaign, democrats have not been all that great at incorporating young people into their campaigns, claiming that young people don't vote so, why bother. Thus, they don't reach out to young voters and so young voters end up not participating like a self-fulfilling prophecy. The difference in the Iowa Caucus Monday is that they did vote, and they voted for someone else.

In 2008 and 2012 young people were hardly a blip on the GOP's radar to anyone other than Rep. Ron Paul (R-TX), who had a campaign in place that fought for the more libertarian wing of the youth vote. According to the New York Time's exit poll, young people supported Senators Ted Cruz and Marco Rubio this year. 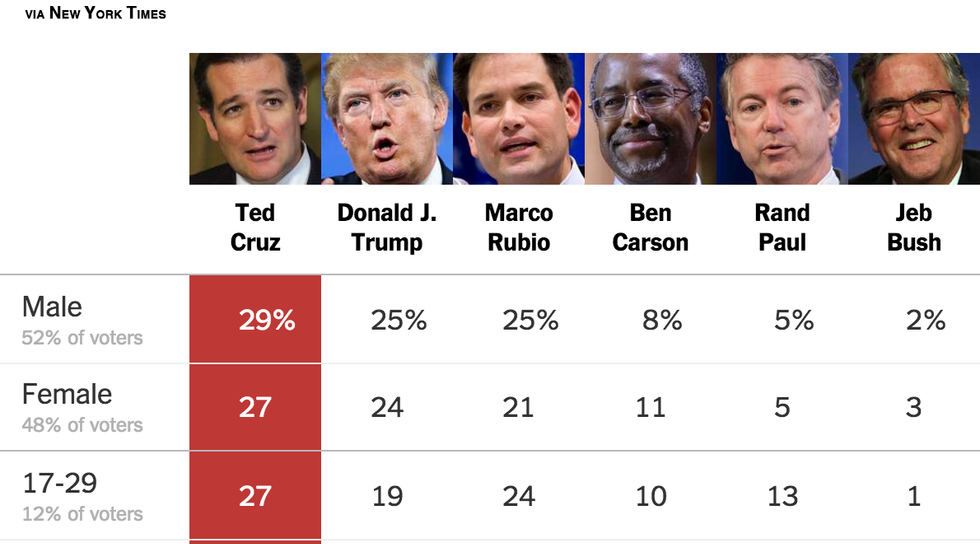 There could be a few reasons for the increase in GOP support. First, in the past, the Republicans were truly embarrassing when it came to doing digital and social media. While they still are behind the kinds of campaigns Democrats run, they are doing digital outreach and running digital campaigns this year. For young people who don't watch prime-time network television, sometimes digital ads on Hulu and YouTube or on social sites like Twitter and Facebook can be the only advertising they see for these candidates. Second, it's absurd to think that Republicans wouldn't eventually figure out that they needed to start doing outreach to young voters and include them in their canvassing.

Finally, and most importantly, this could also be a consequence of the Democratic National Committee not holding enough televised debates. For the last several months it seems like we've had a debate or forum on television each week. In 2008, there were 25 debates involving Democratic candidates compared to 21 for the GOP. This election cycle, the DNC originally said it would sanction just six debates. They have recently added three more, but this is still less than the GOP's 12 debates and four forums, which have given Republicans multiple opportunities to have three to six hours at a time to talk about their framing on issues and politics, attack President Obama and the other democratic candidates.

At the same time, many of these debates are finally being streamed online or they're doing partnerships with Facebook or YouTube to enable young people who watch "television" on their computers to still see the debate. That doesn't even count the day following the debate which is typically filled with even more free media for the republican candidates and their issues. While Donald Trump has dominated the airwaves and young people aren't exactly fans of his candidacy, Trump has given candidates like Cruz, Rubio and Paul an opportunity to draw contrasts and highlight their own policies that nearly seem mainstream in comparison.

In 2008, the New Hampshire primary date was moved up, so many of the students from the universities weren't back in school yet and didn't participate in the primary. Comparing the 2016 youth turnout to that election might be a little more complicated but the South Carolina and Nevada election and caucus should give a clearer picture about the trend of the youth vote for this year's election.

One thing is certain: if the Democratic Party intends to maintain or even foster previous youth support they had better get a move-on. Those of us who did youth outreach or reported on the youth movement in the wake of 2008 spent a lot of time and effort trying to convey the importance of the Millennial Generation to progressive candidates and elected officials. Such efforts have slowly eroded away and overtly progressive political groups doing voter registration or get out the vote have lost funding over the years, shifted to non-partisan efforts or closed up shop entirely.

At the same time, millennial voters have grown substantially in number. A Pew Research Survey that came out early last year outlined the tipping point when the generation eclipsed Baby Boomers for the first time ever. It would certainly behoove the Democratic Party and progressive political groups to figure things out before it's too late.