Ben Carson: GOP voters won't hand nomination to Trump because they're not 'quite that dense' 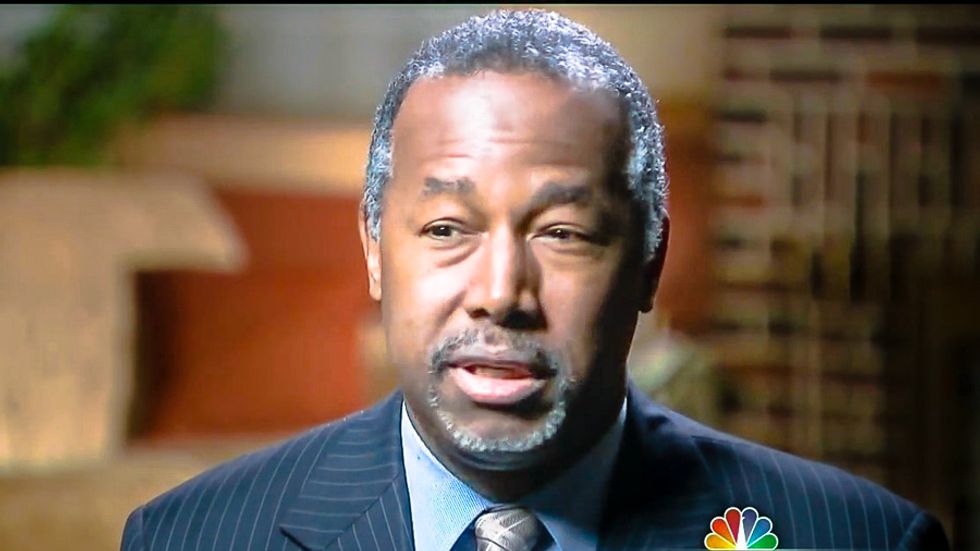 Asked if Donald Trump would win the Republican nomination for president, Ben Carson said voters were not “quite that dense”, and would not make “a very very bad mistake”.

Related: Super Tuesday cheat sheet: everything you need to know

It was as close as the mild-mannered former neurosurgeon has come to attacking Trump outright. Carson, who briefly led the way in Iowa last year, is now fifth of the five remaining Republican candidates in most polls, as Super Tuesday approaches .

In a question and answer session at the Texas Medical Center in Houston on Saturday, a voter asked Carson about “a systematic failure in the Republican Party … where Donald Trump is buying votes”.

He continued: “The real question is are American people going to awaken and recognize what’s going on. I believe the answer to that yes. I do not believe that we are quite that dense.

“If we were to continue in the vein we are going in right now, yes we would make very very bad mistake.”

However, Carson said he did not see that happening. In a brief interview with the Guardian, he was careful not to mention Trump by name. He used the word “dense” he said, to say that voters would not be stupid enough “to base our decisions on fear and anger as opposed to evidence and fact”.

Carson also said he felt confident about his prospects in Super Tuesday primaries on 1 March. His campaign would do “as good as possible”, he said, adding: “I am looking forward to doing much better than recent polling.”

Carson is struggling in all 12 states holding primaries that day.

He spent much of his Houston event discussing medical issues, including the importance of vaccination. He strongly pushed back on the false suggestion that vaccines are tied to autism.

“I think we have be fairly insistent” on vaccination for diseases which “kill people and maim people”, he said.

He seemed relaxed when discussing medical procedures. At one point, the conversation got technical enough that he made the deadpan statement: “Some of the young people here don’t know what a pneumoencephalogram is.”

However, in a campaign where the other candidates are discussing Donald Trump and the future of American conservativism, voters may not prefer a presidential hopeful who would rather discuss the future of concussion science and the possibility of robots performing surgery.

Charlie Kirk, purveyor of ‘rigged’ election lie, complains GOP lost ‘because a lot of people do not trust the system’

Far right wing activist Charlie Kirk complained on Steve Bannon's "War Room" show Tuesday that many Republicans in Arizona lost their elections earlier this month because they "do not trust" the election system. Kirk is a purveyor of Donald Trump's "Big Lie," and has repeatedly promoted the false claim that U.S. elections are "rigged."

“400,000 people that showed up for Donald Trump or voted for Donald Trump in 2020 did not show up or vote for the midterm election," Kirk told his audience. (NCRM has not verified these numbers and could find nothing to support the claim.)

A godmother of Prince William quit the royal household on Wednesday and apologized for repeatedly asking a black British woman where she was "really" from, plunging Buckingham Palace into a fresh racism row.

Susan Hussey's resignation came just as William and his wife Kate made their first visit to the United States in eight years and after racism claims from his brother Harry and mixed-race sister-in-law, Meghan.