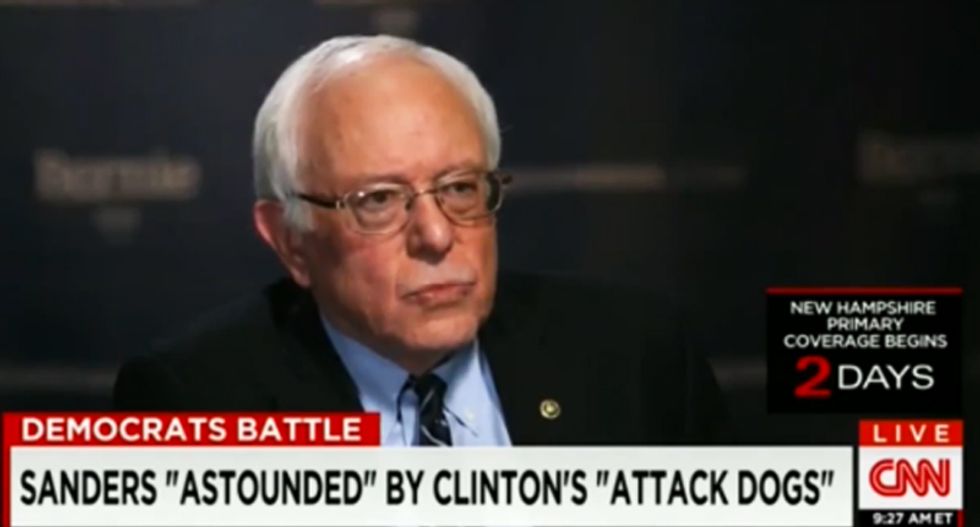 Appearing on CNN's State of the Union, 2016 Democratic presidential candidate Bernie Sanders left no doubt how he feels about online supporters of his who have come to be called "Bernie bros" due to their amped-up sexist attacks on rival candidate Hillary Clinton.

Both the creators and subjects of countless Internet squabbles, "Bernie bros" has become a catch-all term for on-line commenters who show up in comments sections, pushing Sanders' candidacy and attacking supporters of Clinton -- and the candidate herself -- with vile and derogatory names.

During Sunday's CNN interview, host Jake Tapper asked about the candidate if he was familiar with the term.

"Have you heard about this phenomenon 'Bernie bros'?" Tapper asked. "People who support you, and sometimes attack in very crude and sexist ways?"

"Yeah, I have heard about it. It’s disgusting. We don’t want that crap," Sanders spit out. "And we will do everything we can, and I think we have tried. Look, anybody who is supporting me and is doing sexist things is — we don’t want them. I don’t want them. That's not what this campaign is about."