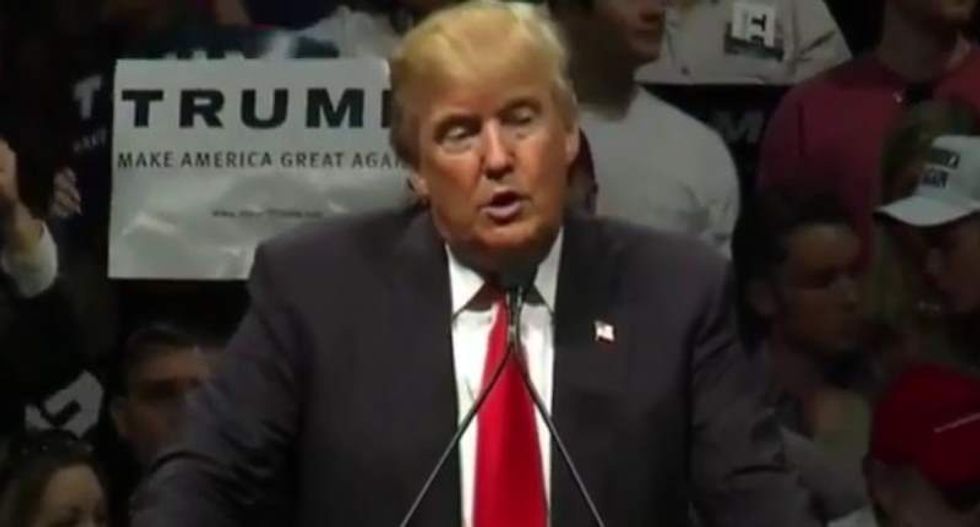 A group of 30 black Valdosta State University students was removed from a rally by Republican front-runner Donald Trump on Monday before the event even began, the Des Moines Register reported.

"We didn't plan to do anything," said one of the students, 19-year-old Tahjila Davis. "They said, 'This is Trump's property; it's a private event.' But I paid my tuition to be here."

Davis and the other students were reportedly asked to leave the event by a Secret Service agent, hours after footage circulating online showed another agent attacking a photojournalist at a separate Trump event in Radford, Virginia.

The Register noted that black students at that event were also kicked out of the event after they chanted, "No more hate! No more hate! Let's be equal, let's be great!"

Another video posted on Twitter shows the Valdosta group making their way out of the event without incident, although one unidentified student can be heard yelling, "F*ck that" until others shush him.

VSU students being kicked out for absolutely NO reason before Donald Trump makes his presence. pic.twitter.com/bOwnwvCkuN

The university was segregated until 1963.

"I don't understand why they would do something like that," Davis said. "I have not experienced any racism on this campus until now."

The Hill reported that Trump was joined onstage during the rally by NASCAR CEO Brian France and a group of race car drivers endorsing the real estate mogul's presidential campaign.