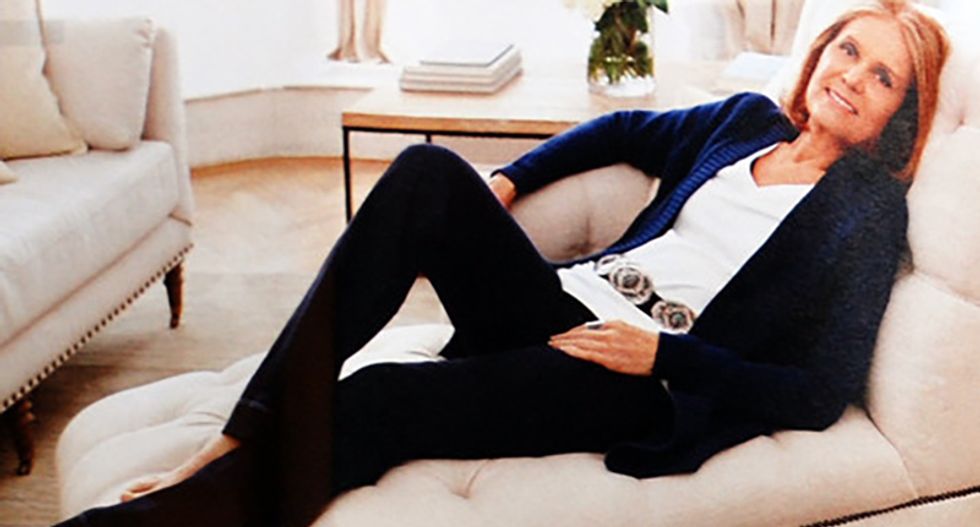 Anti-choice advocates were up in arms this week when they opened the gingham-and-khaki-filled pages of their Lands’ End catalogue to discover cardigan-clad feminist Gloria Steinem reclining on a beige chaise. CEO, Federica Marchionni, conducted an interview with the legendary activist for women's rights to appear alongside photos of Steinem in the spring catalogue. It was part of a series the company is doing to feature legends in their field who "[pave] the way for the many who follow.” 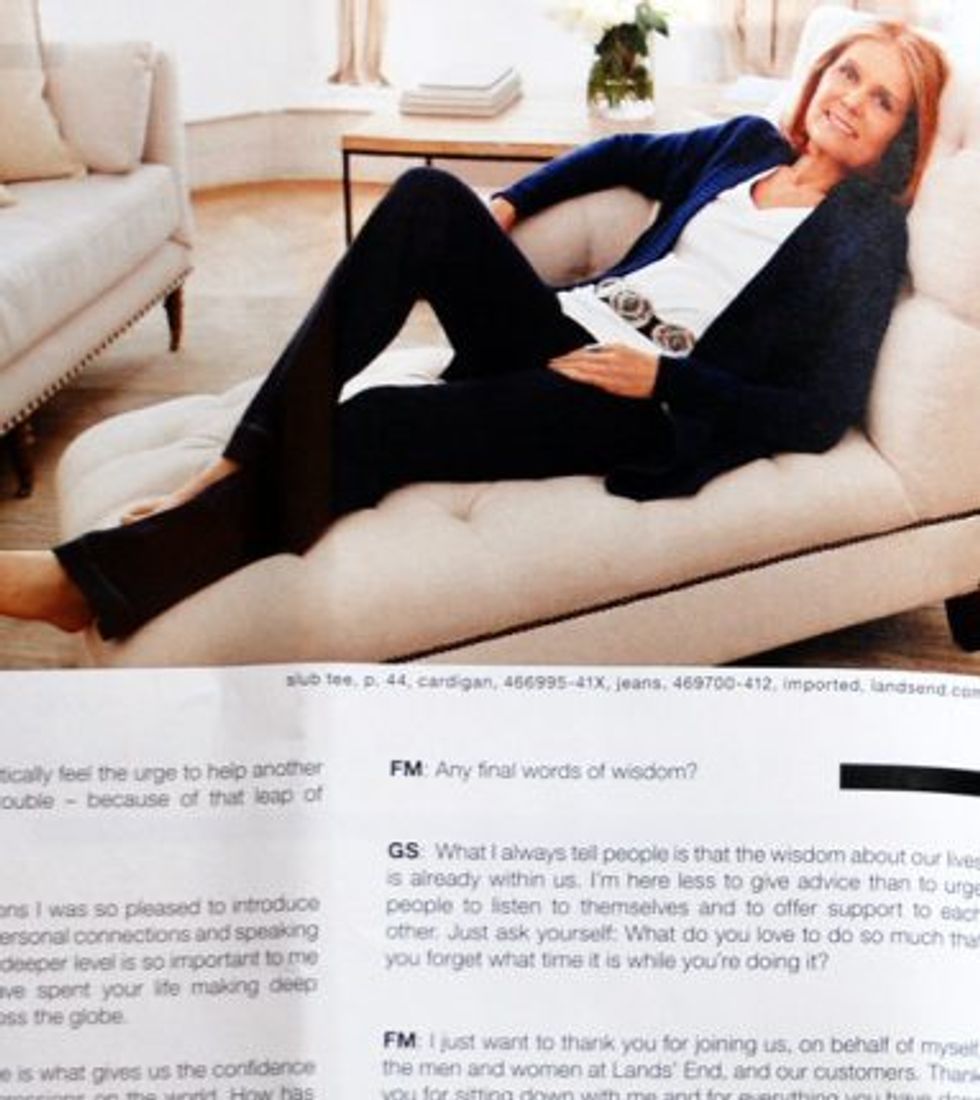 The discussion was perfect for the crucial millennial market that companies are desperate to attract. The two talked about the struggles that women continue to face in the workplace but also as mothers and how hard it is to fit into previously prescribed norms. Steinem might be 81 years young, but she has worked hard in the last several years to support and encourage Fourth Wave feminists.

“Thank you for sitting down with me and for everything you have done with your meaningful life," Marchionni told Steinem.

You could celebrate Steinem's cause with the purchase of a tote bag with an ERA Coalition logo monogrammed on it, and the company would donate $3 to the Fund for Women’s Equality for each item ordered featuring it. The Fund is an international organization from the United Nations that works to help eliminate discrimination whether that is for women in occupations or girls who want to attend school without threats from terrorists.

Yet, anti-choice activists found a way to lose their minds with calls for boycotts and social media shaming of the company for featuring a known abortion-rights activist in its pages. They alleged the catalogue was no longer "family friendly" and promoting the new-ERA which anti-choice activists claim will expand abortion.

One angry Lands' End lover wrote about the company, "I just received a clothing catalog from Lands End. OK – good so far, nice clothes, modest, feminine – wait – what the ! A three page spread in their latest catalog on Gloria Steinem 'Legend.' Has this country come unhinged? I can’t even shop for clothes without being exposed to agitprop?"

It didn't take the company long to cave to their traditional polka dot wearing customers. In a statement the company said

“We understand that some of our customers were offended by the inclusion of an interview in a recent catalog with Gloria Steinem on her quest for women’s equality,” said the statement, which was issued to The Stream and other press outlets. “We thought it was a good idea and we heard from our customers that, for different reasons, it wasn’t. For that, we sincerely apologize. Our goal was to feature individuals with different interests and backgrounds that have made a difference for our new Legends Series, not to take any political or religious stance.”

With the more progressive millennial generation taking hold of purchase markets, right-wing attacks are probably in their twilight years. If their customer base was younger and more hip they probably could have doubled down instead of giving in and scrubbing any reference to Steinem from their websites.