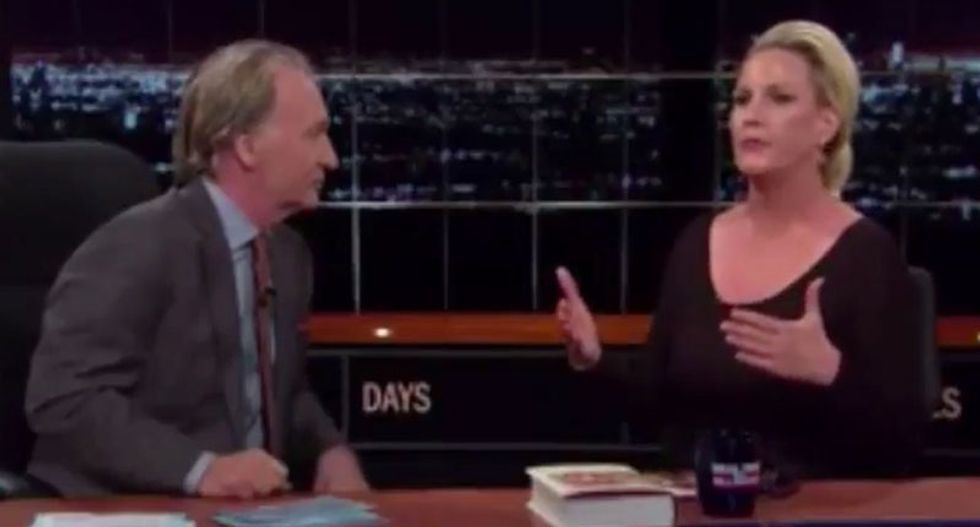 Appearing on  HBO's Real Time with Bill Maher, environmental activist Erin Brockovich launched into a scathing attack on "corrupt politics" and the "fucking greed" that is leading to the poisoning U.S. citizens like the residents of Flint, Michigan.

Asked about the water crisis in Flint, Brockovich said it's not the only one and that there areso many cities facing the same issues that, "I can't keep up."

Explaining how municipal water systems draw water for the public, Brockovich noted that chlorine must be added to deal with organic matter in the case of surface water. This can lead the to the creation of total trihalomethanes -- which are carcinogenic.

"You have today one thousand cities today in violation of total trihalomethanes in their water," she explained. "They are not following regulations and they found a way to cheat the system. And here is where we are having a national crisis. They've decided when they exceeded total trihalomethanes, not to do what's regulated. And that's to put on a carbon-regulated filtration system."

"It's expensive!" she exclaimed. "They don't want to pay for it! So they've gone the cheap route and now they throw ammonia in the water system, and the ammonia has a chemical reaction and it eliminates the chlorine!"

Brockovich then noted that this is leading to outbreaks of Legionnaires disease across the country -- including Flint -- as well as brain-eating amoebas.

She then listed multiple states where "Flints are happening" before arriving at her point.

"But you know what pisses me off?" she asked Maher. "All of this is happening because of corrupt politics and f*cking greed, and it has to stop!"