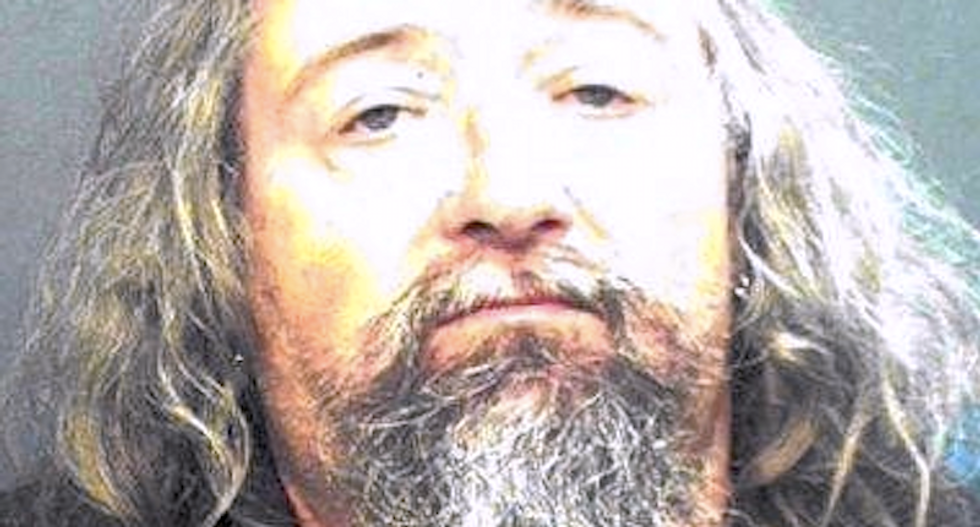 A Florida neo-Nazi avoided jail despite trying to buy a bomb to kill his black brother-in-law.

Harold "Hippie" Kinlaw was arrested with 19 other neo-Nazi bikers and skinheads as part of an undercover FBI Joint Terrorism Task Force investigation, reported the Orlando Sentinel.

Charges were later dropped against 11 of the suspects -- and one defense attorney said that showed the investigation was fundamentally flawed.

"Had there been anything meaningful, these people would have been indicted federally," said attorney Jerry Theophilopoulos, of Tarpon Springs.

The 58-year-old Kinlaw pleaded no contest in August to trying to purchase an explosive device he planned to use to kill a black family member.

Kinlaw, who has at least eight prior convictions for fraud and theft, wanted to kill his sister's husband for causing family strife.

He was sentenced Thursday to five years of probation by Circuit Judge Jon Morgan.

Kinlaw accepted a plea agreement that allowed to avoid an attempted first-degree murder charge, which carries a possible three-year-sentence, by pleading no contest to solicitation to obtain a destructive device, which carries a maximum five-year term.

None of the suspects in the investigation, which began in 2008, was sentenced to more than five years in prison.

Marcus Faella, the leader of the American Front neo-Nazi group, was sentenced to six months in jail in connection with the investigation.

Despite the weak conviction rate, authorities said the lengthy investigation was worth the effort.

"The fact that the American Front, the 1st SS Kavallerie Brigade and most of their members have disbanded is good thing for our community," said Capt. Angelo Nieves., of the Orange County Sheriff's Office. "These were dangerous groups."