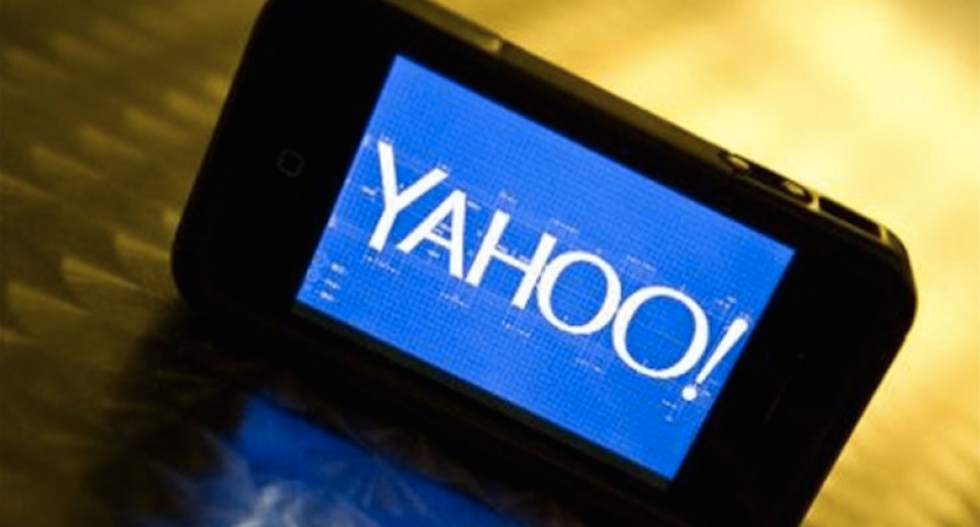 By Julia Carrie Wong, The Guardian

There’s nothing particularly surprising about allegations of gender discrimination at a Silicon Valley tech firm. Over the past year, Twitter, Facebook and Microsoft have all been sued for discrimination against female employees.

But in a lawsuit filed 1 February in US district court, Yahoo is accused of “actual and intentional gender-based discrimination” against male employees by Gregory Anderson, a former Yahoo employee who worked as an editorial director for the website for four years, until his firing in November 2014.

As of July 2015, Yahoo’s workforce was 62 percent male, with 76 percent of leadership roles filled by men -- a slight improvement over the 2014 figures, in which 77 percent of leadership roles were filled by men. Despite this disparity, Anderson’s lawsuit paints a picture of female management at Yahoo that “intentionally hired and promoted women because of their gender, while terminating, demoting or laying off male employees because of their gender”.

The irony of a company that is overwhelmingly male being targeted for gender discrimination against men is not lost on Joelle Emerson, a former women’s rights employment lawyer whose startup Paradigm works with tech companies to improve the diversity of their workforces. (The industry has a 70-30 male-female gender split.)

“I really hope this isn’t some kind of ridiculous trend,” Emerson said. She compared the complaint’s “tropes and narratives” to resistance she’s seen in the tech industry to increased diversity, such as the “idea that women are getting jobs they’re less qualified for or arguments we’re hearing about how ‘we can’t lower the bar’”.

In November, former Twitter engineering manager Leslie Miley wrote in a Medium post that a senior VP of engineering at Twitter had responded to a question about diversity by saying: “Diversity is important, but we can’t lower the bar.”

The allegations against Yahoo revolve around the troubled company’s use of so-called “quarterly performance reviews” (QPR) by which employees are ranked and, in some cases, selected for promotion or termination.

The complaint alleges that Yahoo CEO Marissa Mayer “encouraged and fostered the use of the QPR Program to accommodate management’s subjective biases and personal opinions, to the detriment of Yahoo’s male employees”.

The complaint also singles out Kathy Savitt, Yahoo’s former chief marketing officer, and Megan Liberman, the editor in chief of Yahoo News, for discriminating against men in the company’s media division, where he was employed. According to the complaint, the percentage of female managers in Yahoo’s media division increased from 20% to more than 80% during Savitt’s tenure and “females with the same Employee Score as male employees were treated better than their male counterparts”.

In addition, the complaint cites public statements by Savitt in favor of “increasing the number of women in media” as evidence of her bias against men.

Yahoo would not confirm those figures, but such a turnaround, if it is accurate, would be celebrated by many who have pushed for the tech industry to become more inclusive of women. In the face of criticism from the media, women and people of color, many tech companies have begun speaking openly about prioritizing diversity and increasing the number of women and people of color in their workforces.

Yahoo’s response to the lawsuit did not specifically address the charges of gender discrimination, but said: “As noted in our Diversity Report, fairness is a guiding principle of our annual review and reward process. Our performance review process was developed to allow employees at all levels of the company to receive meaningful, regular, and actionable feedback from others. We believe this process allows our team to develop and do their best work.”

A lawsuit such as this one could have a chilling effect on those efforts if companies begin to fear that promoting women or minorities exposes them to claims of “reverse discrimination.”

“It is not illegal for an employer to have goals, such as we would like to have 50% women in leadership, as long as they’re not making individual employment decisions based on protected class,” said Therese Lawless, the attorney who represented Ellen Pao in her unsuccessful gender discrimination lawsuit against venture capital firm Kleiner Perkins. “If someone says, ‘Well we need a woman,’ then you might have a problem.”

Emerson also defended corporate diversity programs, saying, “Not only are they within what’s legal, but they’re advisable to avoid discriminating against more vulnerable groups.”

The allegations are dismaying to one former female manager in Yahoo’s media group, who spoke to the Guardian on condition of anonymity due to the pending litigation.

“Women managers are always such a target,” she said. “We worked really hard to have a gender-blind environment based on achievement, and I think that’s why women, and everyone, flourished.”

Emerson expressed doubt that Anderson’s claims would be found to have merit.

“If being explicit about diversity being a priority leads someone to file a ‘reverse discrimination suit’, that may mean you’re doing something right,” she said.