Fox News guest: 'By every metric men have it worse -- we're more likely to get raped' 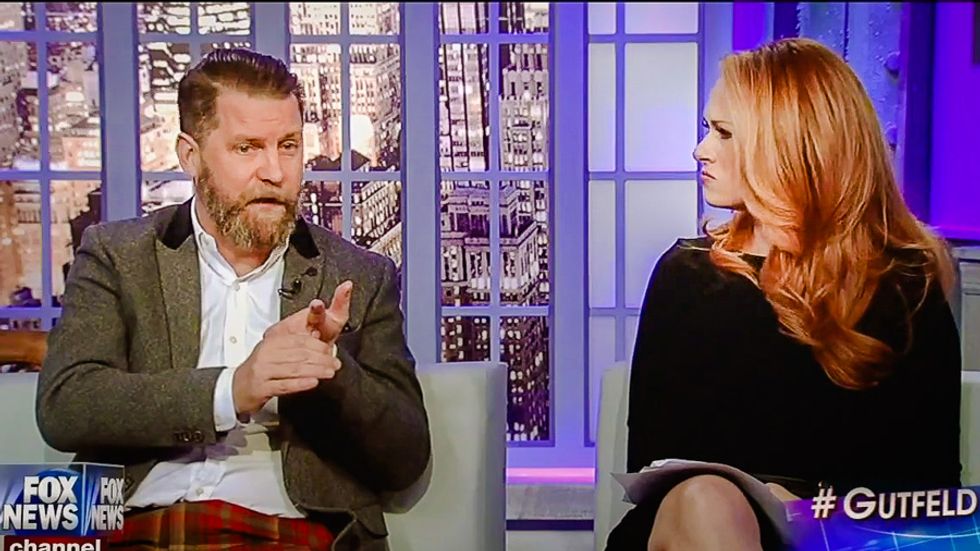 Anti-feminist author Gavin McInnes argued recently on Fox News that men had it worse than women "by every metric" -- including sexual assaults.

On a Saturday broadcast of The Greg Gutfeld Show, McInnes griped about the idea of including women in the draft for military service.

"They want equality for everything fun," he said. "How about you're equal in sanitation, how about you have to go down into the sewers and remove rats from blocked pipes? How about you go to war and die?"

"If we're going to do that, we'll have to talk to President Hitler," McInnes opined. "Because if women were soldiers for the last hundred years, we would have lost World War II."

"If you want to come over to our side then get ready for some rough times," McInnes quipped.

While it's true that more men are raped in prison because the U.S. inmate population is overwhelmingly male, women are more likely to be sexually assaulted by both prison staff and other inmates than men.

A 2014 Bureau of Justice Statistics report found that "[b]etween 2009 and 2011, females represented about 7% of all state and federal prison inmates, but accounted for 22% of inmate-on-inmate victims and 33% of staff-on-inmate victims."

Watch the video below from Fox News' The Greg Gutfeld Show, broadcast Feb. 7, 2016.