Iowa votes in first test of the US presidential campaign 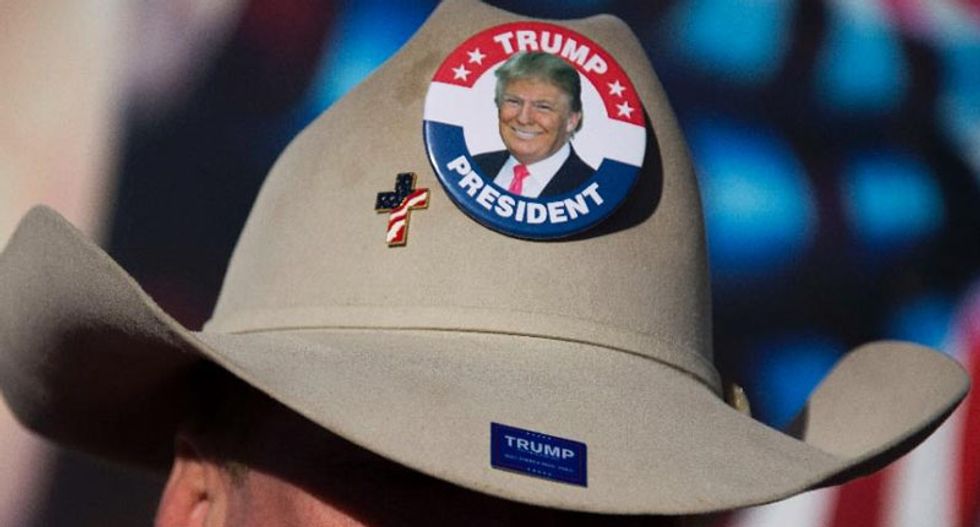 Voters in Iowa finally have their say Monday in the first test of the US presidential race, with Republican frontrunner Donald Trump looking to capitalize on his stunning campaign success and Democrat Hillary Clinton defending her status as the favorite.

Across the Midwestern state, voters will head to caucuses -- meetings to select candidates that take the place of primaries. At most, a few hundred thousand people are expected to attend, but a strong showing can nevertheless buoy a candidate's hopes.

Trump and Clinton were leading in the polls, but not by enough to assure victory for either candidate.

On the Republican side, the billionaire real estate tycoon -- who has shredded the traditional campaign playbook with his savage take-down of his Republican rivals and controversial comments on immigration -- is facing a stiff challenge from Ted Cruz.

The US senator from Texas, could get a boost in Iowa from core conservatives, his bread and butter, who are the state's most dedicated caucusers.

But will an establishment Republican -- Senator Marco Rubio, perhaps -- outperform the polls and make it a three-way race?

For the Democrats, Clinton is looking to lay to rest the demons of 2008, when she lost here to now President Barack Obama, and pursue her quest for history by dealing a solid blow to her upstart challenger Bernie Sanders.

"I know how to do this and I'm ready," a confident Clinton -- who is vying to be America's first female president -- told CNN on Monday.

- Getting out the vote -

Iowa is up for grabs -- along with the early momentum candidates are craving in the presidential race ahead of next week's primary in New Hampshire.

Throwing a wrench in the works, forecasters say a major winter storm is brewing in the west, threatening to bring snow and a dangerous wintry mix to parts of Iowa just as residents are caucusing.

Armies of volunteers fanned out through the Midwestern state Sunday, knocking on doors or manning phone banks to get out the vote, while candidates dominated the air waves with talk show appearances and a relentless barrage of campaign ads.

Most of the 12 Republicans and three Democrats in the race held several weekend events to press the flesh and win over voters.

Clinton, seeking to stave off a surge by Sanders, was leaving nothing to chance, stumping in the heartland this weekend and warning that the policy proposals of her main rival were pie-in-the-sky idealism.

"I don't think America can wait, I don't think it can wait for ideas that sound good on paper then can't go through the gridlock," Clinton told about 2,600 people at a rally in a Des Moines high school.

Sanders, a senator from Vermont who has described himself as a democratic socialist, declared his race with Clinton a "toss-up."

A Quinnipiac University poll released Monday showed Sanders edging in front of Clinton, 46 to 43 percent -- within the margin of error of 3.2 percentage points.

The pollsters said Sanders' success would depend on turnout among first-time caucus participants.

The same poll gave Trump a seven-point lead over Cruz -- 31 to 24 percent, with Rubio in third place at 17 percent.

"We are on the cusp of something remarkable," Cruz, brimming with confidence, told a rally of more than 1,000 supporters.

But Trump remained confident, calling Cruz a "nasty guy" and a "total liar" on Sunday

"I have unbelievable people that are going to be voting for me," he told ABC News.

If he does well, the Florida senator could emerge as the top mainstream Republican heading into the first-in-the-US primary, to be held February 9 in the northeastern state of New Hampshire.

Sanders has energized young Democrats with his denunciations of the "billionaire class" and his calls for a political revolution.

The thousands of students who fill his rallies could produce an upset, if they show up to caucus.

"If the turnout is high, I think we've got a real shot to win this," Sanders told CNN's "State of the Union" program.

Cruz said he was praying for his rivals as he worshipped at an evangelical mega-church in West Des Moines.

Trump also courted evangelicals, who are expected to play a huge role -- they comprised 57 percent of caucus voters in 2012.

Long-shot hopefuls like Carly Fiorina and Mike Huckabee reminded voters that polls are notoriously unreliable in Iowa, where political upsets are commonplace.

"Tomorrow night is in God's hands -- and yours," Huckabee told supporters at a coffee shop in West Des Moines.