Marco Rubio: I would tell rape victim 'it's a terrible situation' but have the rapist's baby anyway 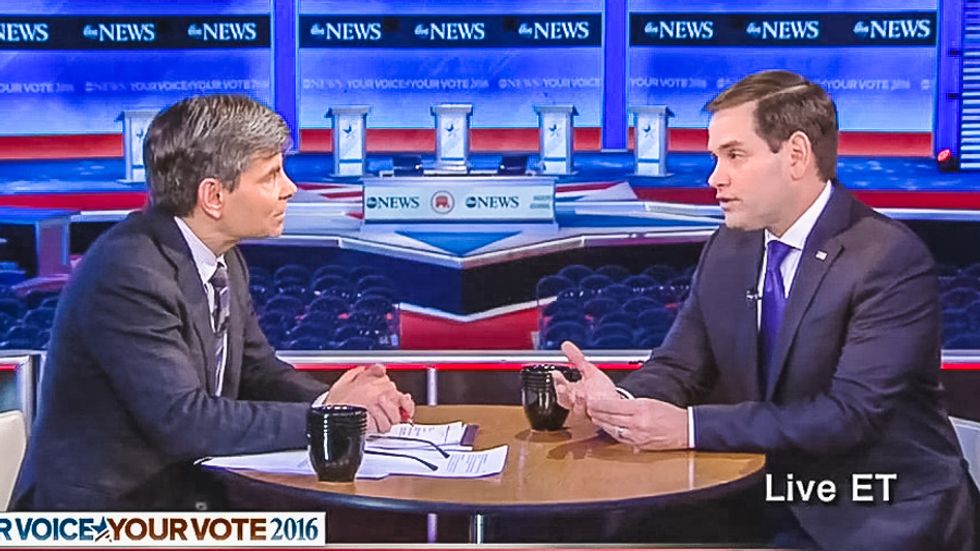 Sen. Marco Rubio (R-FL) promised on Sunday that he would sign an abortion ban as president that provided exceptions for rape even though he preferred for pregnant victims to have their rapists' babies.

Following a Saturday night's Republican Presidential Debate on ABC News, host George Stephanopoulos noted during a Sunday interview that Rubio had been hammered for his belief that abortion was wrong even in cases of rape or incest.

"I do require an exception for life of the mother because I'm pro-life," he continued. "Number two, as I've said, if they pass a law in Congress that has exceptions, I'll sign it. Because I want to save lives."

"What do you say to that mom when you look her in the eye?" the ABC host wondered.

"It's a terrible situation," Rubio replied. "I mean, a crisis pregnancy, especially as a result of something as horrifying as that, I'm not telling you it's easy. I'm not here saying it's an easy choice. It's a horrifying thing that you've just described."

"I get it," he added. "I really do. And that's why this issue is so difficult. But I believe a human being, an unborn child has a right to live, irrespective of the circumstances of which they were conceived. And I know that the majority of Americans don't agree with me on that."

"And that's why any law that passed will almost certainly have exceptions. And I'll sign it."