Mormon leader: 'We are not bigots' because 'there are no homosexual members of the church' 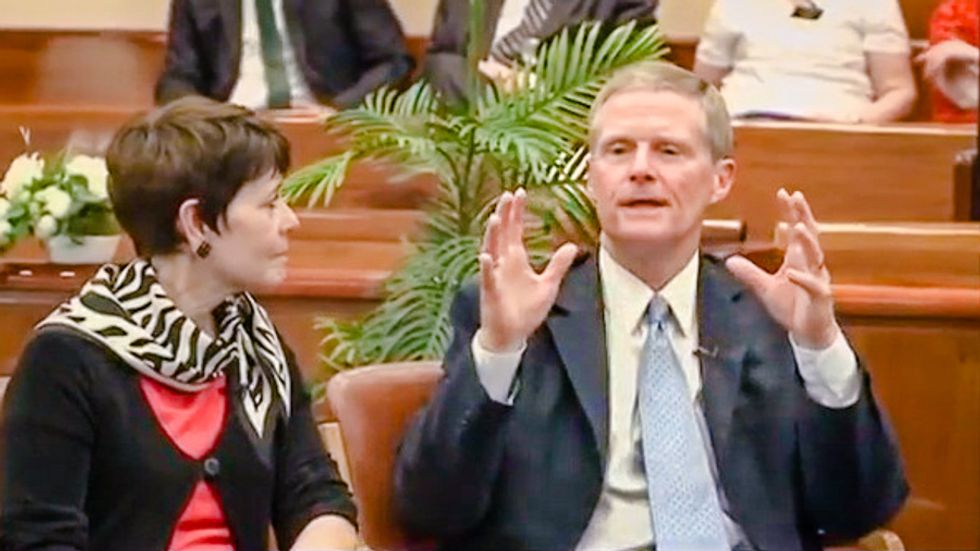 Church of Jesus Christ of Latter-day Saints (LDS) Elder David A. Bednar revealed to followers recently that there were "no homosexual members of the church."

During a Feb. 23 meeting, the member of the Quorum of the Twelve Apostles took a question from a church member in Chile who asked, "How can homosexual members of the church live and remain steadfast in the gospel?"

For some people, Bednar said, physical challenges meant being "born with a body that is not fully functional."

"Simply being attracted to someone of the same gender is not a sin," he explained. "There are many members of the church who may have some manifestation of that attraction. They honor their covenants, the keep the commandments, they are worthy, they can receive the blessings of the temple and they can serve in the church."

"It is when we act on the inclination or the attraction, that's when it becomes a sin," the elder continued. "We do not discriminate and we are not bigots. We extend Christ-like love to all sons and daughters of God."

"In Iran we don't have homosexuals like in your country," Ahmadinejad told a group at Columbia University, prompting laughter from the audience. "In Iran we do not have this phenomenon," he continued. "I do not know who has told you we have it."

In 2015, the Church of Jesus Christ of Latter-day Saints announced a new policy that same-sex couples would be considered apostates, and that their children would be denied communion until their marriages were dissolved.