Obama names first African-American, woman to be Librarian of Congress 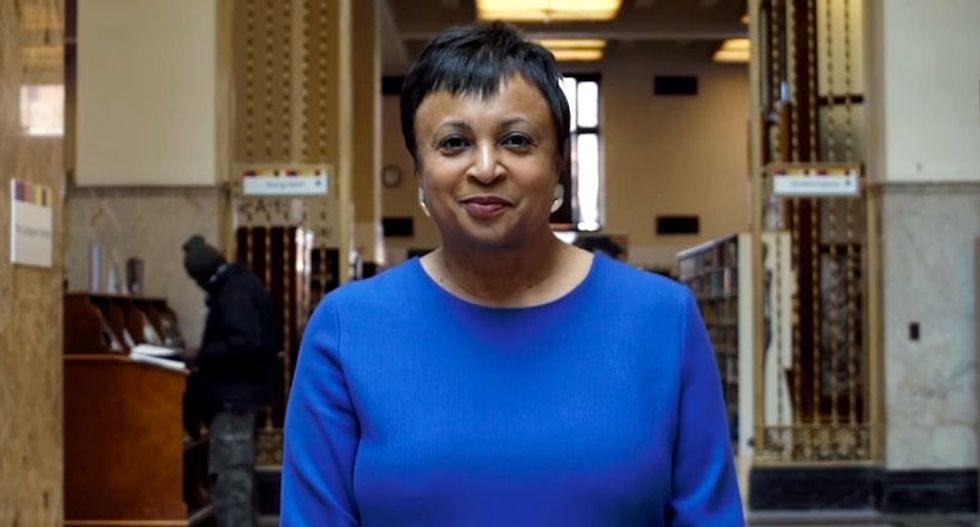 Baltimore library chief Carla Hayden, a defender of library users' freedom from surveillance, was nominated by President Barack Obama on Wednesday to be Librarian of Congress, the first African-American and first woman in the post.

Hayden, who since 1993 has served as chief executive of the Enoch Pratt Free Library, Baltimore's public library system, is renowned for modernizing libraries so that users can take part in the digital culture, Obama said in a statement.

"She has the proven experience, dedication and deep knowledge of our nation's libraries to serve our country well," Obama said in a statement.

Hayden would replace Acting Librarian David Mao, who stepped in after James Billington retired in October after 28 years running the world's largest library. If confirmed by Congress, Hayden would be the 14th Librarian of Congress.

American Library Association President Sari Felman praised the nomination, saying in a statement: “The president could not have made a better choice."

As president of the American Library Association in 2003 to 2004, Hayden publicly opposed part of the Patriot Act, controversial legislation aimed at fighting extremism after the Sept. 11, 2001, attacks.

She objected in particular to a section of the act that gave the U.S. Justice Department and the Federal Bureau of Investigation the power to access library user records.

When then-Attorney General John Ashcroft said that the library association had been misled into opposing that part of the law, Hayden said the group was "deeply concerned that the attorney general should be so openly contemptuous" of librarians, the Library Journal reported.

After the criticism from Hayden, Ashcroft dropped his refusal to make public any information about the use of that section and said it had not been employed to get access to library records, the journal said.

Hayden is the former chief librarian of the Chicago Public Library, and was an assistant professor for library science at the University of Pittsburgh. Obama named her to the National Museum and Library Services Board in 2010.

The Library of Congress is the U.S.' oldest federal institution and has more than 158 million items. They include 36 million books and other print materials in 460 languages.

Congress established the library in 1800, but British troops burned the collection in 1814. President Thomas Jefferson offered his personal library of 6,500 books as a replacement and it is the foundation of the current collection.